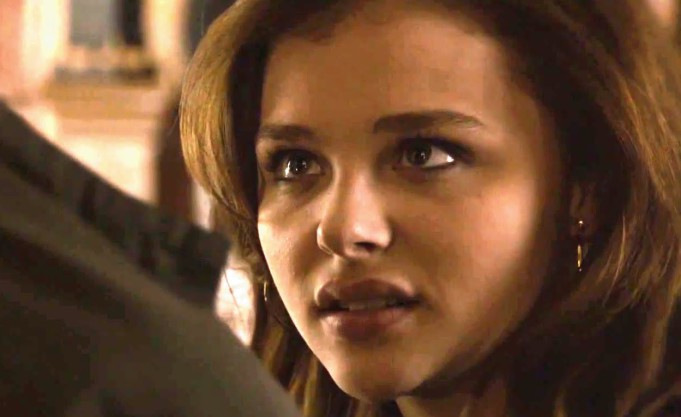 With the release of Dark Places out on Blu-ray™ and DVD from 22nd February, courtesy of Entertainment One, Chloe Grace Moretz answered a few questions about the film.

Your character, Diondra, seems crazy in this film. Tell us more about her?

Immediately, I think the first thing you get from Diondra is her manipulative, conniving, psychotic outlook on life and how she can take this little boy who’s a normal kid who lives on the farm in Kansas and completely turn his world upside down and manipulate him so much he doesn’t even know who he is anymore and he ends up doing things that are completely against his better judgment but he’s fallen in love with a woman who is always looking two steps ahead of him.

She is a rich girl, and she’s messing around with a poor guy, she’s messing around with a kid who doesn’t have much money, therefore is the easiest to pin, and he’s the easiest kid to manipulate because he’s the weakest one. She looks for the runt of the litter because she’s the alpha, she’s rich, she has everything she needs and all she has to do is walk in her with her swagger and just from being who she is. He’s putty in her hands. He’s the easiest target.

What attracted you to Gillian Flynn’s writing?

It’s one thing after another, you think there’s got to be a moment where there’s a rest bit but no, it’s literally one after the other but at the same time you’re being hit on the head with all this dark stuff, from depression to drugs, death, murders, Satanism and all the different stuff you’re throwing into it but it’s so perfectly written because no matter how much darkness you see you still want to read the next page.

Tell us your thoughts on the realism quality in Gillian Flynn’s writing?

With her writing, it’s so realistic, no matter how much dark stuff you read you do truly believe that it could happen which is incredibly hard to do.

Tell us what it was like working with Gilles Paquet-Brenner?

Can you tell us what Gilles Paquet-Brenner brings to the movie?

Gilles coming in really brings gravity to the situation and a realism which always reminds us to go that far, and then we’ll pull it back. I like that he allows us to do that. He allows us to step over that boundary and then he’s like “alright, we have that on tape, let’s roll back now”, which is nice. Tell us your thoughts on your on-screen boyfriend, Tye Sheridan?

We auditioned Tye right after I booked it. A week later I had a Nylon party as I was on the cover and Tye came to the party and it was the first time I met Tye and he was so much shorter than he is now, he had a little hat on and a southern accent and I was like this kid is perfect, he’s perfect for the character, I mean, he was Ben. Then we auditioned him and he totally knocked everyone out of the water, he blew everyone away and he knew the character so well.

Christina is one of the best actors ever, I mean I think she is brilliant and she’s so incredibly nuance and I really really wanted to see the stuff she did with Patty because Patty is a cut and dry character, on the pages she is this but I feel like someone like Christina could really go in there and really mix it up and really twist it up and see the reason why she calls Calvin to come and kill her and show all that distress that she has.

What do you think of Andrea Roth as the grown up version of you?

I’m really excited to see what she did, I heard that it’s great and really interesting, she’s good though, we look totally alike and she could be an older version of myself.

And finally, what was it like working with award winning Charlize Theron?

I’ve been a huge fan of hers since I was a kid, I saw Monster when I was like ten and I was like “this is amazing! Who is this woman?!”. She kind of became my end-all-be-all and I totally fell in love with her.

DARK PLACES is out on Blu-ray™ and DVD from 22nd February, courtesy of Entertainment One