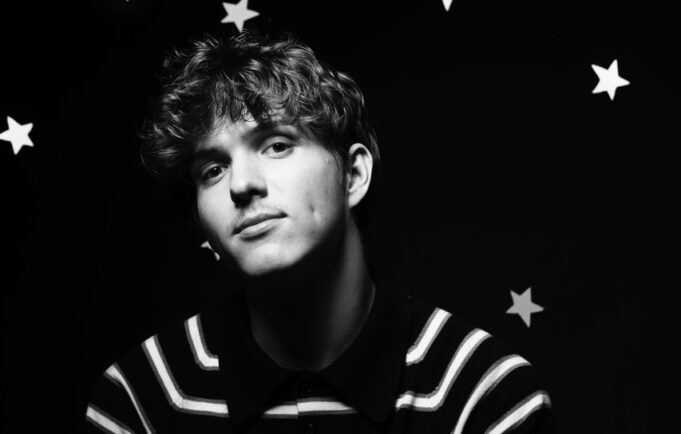 Meet Rising star Boy in Space, said to be Pop’s next big thing.

We’re loving your new track ‘Caroline’. What inspired it?

Caroline started with the guitar riff and once I heard it the melodies for the song just kinda fell in place. I’ve wanted to write a song with a title like Caroline for a long time. And I saw my opportunity to do so and kinda found a perfect concept of the song in the title.

What’s your songwriting process like? What do you do to get into the ‘zone’?

Simple chords but in an interesting way. I also tend to close my eyes to kinda see what I’m trying to write about.

Boy In Space’ is a pretty cool stage-name, how did you come up with up it?
My artist name got inspired by the song title Starboy by The Weeknd. In the beginning, I was playing around with space boy but that later became Boy In Space.
If you could describe your music in three words, what would they be?
Emotional. Atmospherical. Rhythmic melody water slide.
If you could collaborate with anybody, who would you pick?
Right now it would be The Kid LAROI, Roddy Ricch, Lauv and Ed Sheeran. A pretty interesting room.

Now we know gigs don’t always go as planned, what’s been your most embarrassing on-stage moment?

I accidentally dropped a photo frame that I got from a fan on stage and the whole thing broke… it was not my proudest moment.
What’s been your most surreal experience since starting out?
It’s still kind of early on for me… but the most surreal thing so far has been realizing that there are people out there actually listening to my songs and are really invested in my music.
One track from any artist that you wish you had written?

Releasing a lot of new music this year. I’m also heading out on tour with Jeremy Zucker this spring in Europe! I’m sure a lot will happen that I don’t know of yet so stay tuned