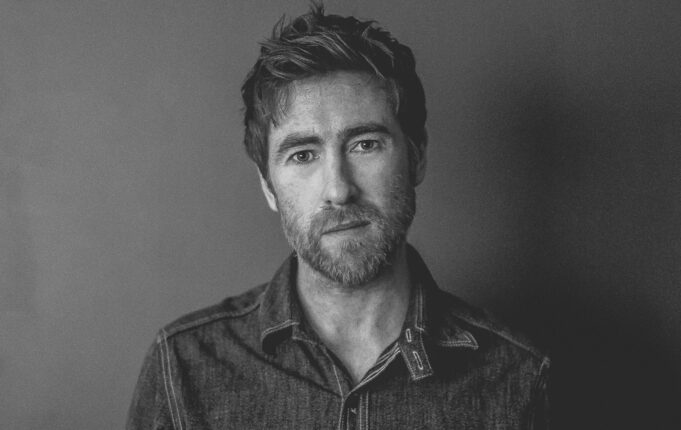 Ivor award-winning singer-songwriter Jamie Lawson is back with new EP  ‘Moving Images‘ – out May 29th.

Known for the massive global hit ‘Wasn’t Expecting That‘, Jamie is back with his first release since parting ways with his label after a successful three-album run and carries on the Lawson tradition of heart-string-pulling songwriting and delicate vocals

I chatted to Jamie about his upcoming EP and life during the lockdown.

Hi Jamie. How are you? What have you been doing to stay creative during the lockdown?

J – Hello, I’m very well thanks all things considered. It seems to me that people have fallen into two camps during the lockdown, some have kept themselves busy writing, learning new skills, getting round to that DIY that needs doing, and the others have been doing very little at all. I’m afraid to say I’m in the latter camp although I do have a very good excuse as we have a 13-week old baby at home and that seems to have stopped me being able to do anything other than play and hang out with him. I have managed to write one song and have a couple of ideas for other songs. I’m also doing a Monday night live stream on social media which forces me to keep my hand in and I have a new EP coming out on May 29th so I’ve been promoting that in any way I can but apart from that, creativity has gone out the window. I’m hoping to get back to it pretty soon though, as soon as I’ve caught up on a lot of lost sleep!

Let’s talk about your new EP ‘Moving Images’. How do you think this EP differs from your earliest work?

J- From my earliest work as in my first album or do you mean earlier work in general? The main difference is that I recorded most of it myself in my home studio which makes it the first collection of songs I’ve produced myself, although it has to be said I had a lot of help from my long time collaborator Tim Ross. All my previous records have been made with someone else at the helm. In some ways that makes this a much more personal record.

What made you want to become a songwriter?

J- It was more of a need than a want. Looking back on them my teenage years were pretty tough, my father was very ill a lot of the time. I turned to writing and singing as a way of dealing with it all as I found it very difficult to talk about it, and back then, nobody really asked anyway. Music, and writing, was a lifesaver. I didn’t think it would carry on to be the thing I did for a living but I’m very glad it has, it brings me a lot of happiness and I’m not sure what I’d have done without it.

What artists/records do you think influenced the music you create today?

J- There’s a fair few, Ron Sexsmith, Mark Eitzel, Natalie Merchant, Patty Griffin, R.E.M., Crowded House, Paul Heaton’s bands throughout the years and The Jackson 5. All bands and singers that had great songs with great melodies that you could either just sing along with or find your way into their lyrics on a deeper level that might teach you something about yourself. They also wrote songs that got me through some heavier times and hopefully I’ve been able to pay that forward in some way to those folks that listen to my songs.

Which track from ‘Moving Images’ do you hope will be a fan favourite and why?

J- I’m happy for any of them to become fan favourites but I’ll be interested to see how the song And You Saved Me goes down. That one feels a little different for me.

Do you have a standout memory from your time in music so far? Do you have any favourite memories attached to making the EP?

J- Touring with Ed Sheeran and playing all those stadiums will be something that hopefully stays with me for a long time. Having a No. 1 album and winning an Ivor Novello award was pretty special too. I’ve been pretty lucky.

As for the EP, I made it at home for the most part on my own so I guess my main memory will be banishing myself to my room to go to work until something happens. The day with the string section was pretty cool. That was the only day out of my studio and into another, hearing those parts come to life was a really beautiful thing to watch.

What advice would you go back and give your 18-year-old self?

J- Talk to people, they won’t bite, the worst they can say is no. Networking and meeting others have been, and perhaps still is, the biggest thing that’s held me back. I am useless at it. I’ve gotten better as I’ve gotten older and more confident but certainly, at 18 and through my twenties, I found it very difficult to approach others in the industry or on the circuit and say hello. That’s the advice I’d still give now, don’t be afraid to reach out.

What artists are you listening to at the moment? What are some of your favourite albums or songs from 2020 so far?

J- I’m listening to a lot of Iron & Wine, Ron Sexsmith, Neil Finn. I like Alec Benjamin’s songs a lot, I think he’s going to be a big star, he’s a brilliant lyric writer. Maisie Peters too.

The main thing I’ve listened to this year though is a Jackson Browne song called Sky Of Black And Blue because for some reason it always seems to calm my newborn son down. I have no idea why, it’s an amazing song but why he was drawn to that one over all the others I’ll never know, but I’m not tired of listening to it yet so that’s a relief.

What’s the first thing you’ll do once we come out of lockdown?

J- I expect I’ll be very cautious for a time. I certainly don’t trust any advice coming from the government so I’ll probably keep a very low key for a while longer yet. I’m looking forward to eating out though, my cooking is not the best and, eventually, touring again.