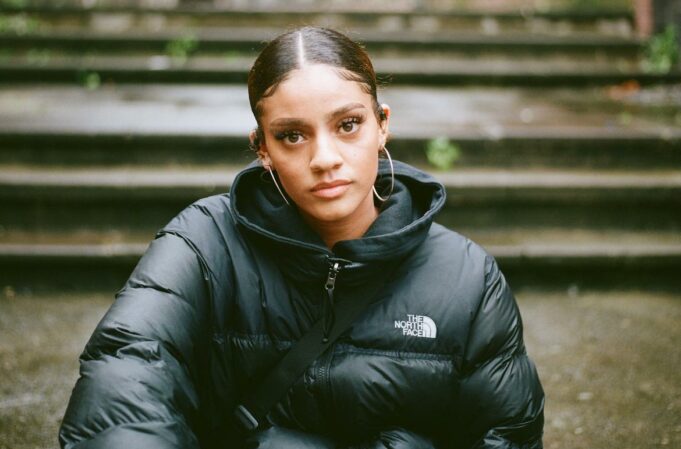 The 21-year-old singer-songwriter from Dublin first started recording the summer of 2019 with her friends and eventually ended up starting their own independent record label ‘Chamomile Records’.

At first, Aby was too shy to sing but gradually she started to gain more confidence and found her sound as she recorded in her room over YouTube beats. These demos would later be uploaded onto Soundcloud gaining her a bit of a cult following. The name Aby Coulibaly stirred up a buzz and she started performing shows in her hometown Dublin.

What inspired you to create ‘Taurus’?

I was inspired to write Taurus after I had ended things with a guy at the time who I thought was wasting my time. It was a way for me to get out all the emotions I was feeling at the time. The song is really empowering and its focus is about self-love and putting yourself first.

What’s your songwriting process like? Do you feel like it’s a good way to deal with what’s going on emotionally inside your head?

Usually, I write the chorus first and then the verses next. Yes definitely! Writing is my way of getting out how I feel about whatever is going on in my life at that time.

I’d say my sound is kind of alternative r&b but not every song I make sounds the same which is something that’s exciting for me because you never know what I’ll release next.

Was there one moment you knew that music was something you wanted to pursue?

To be honest, there wasn’t one moment, I’ve been singing since I could talk and I’ve always known music was what I wanted to do since I was a kid.

I’d probably say James Blake, I’ve been listening to him for time and I just love his production, writing and voice.

What’s it like being a female artist in 2020? Is there anything you would change about it?

I think it’s lit being a female artist in 2020, although I don’t feel like there are enough talented women who get recognition, especially female rappers. I would love to see more women dominating the spaces that are usually occupied by men.

Are there any artists you take guidance from?

I’m really inspired by Erykah Badu, I grew up listening to her and I love her style.

Before I decided that I was going to pursue music as my full-time occupation, I worked in an insurance company. Hated it!

When life gets back to some normality, Where would be your dream venue to perform at?

I’m just excited to do festivals, to be honest, I’ve always dreamt about it being me on the stage every time I’ve gone to one because the atmosphere is always crazy.

Walking on a Dream by Empire of the sun, it just sets the mood.

What’s next for you? Can we expect more music this year?

Yes definitely, I’ve just released the official video for Taurus and planning to release my second single on the 30th October so stay tuned.