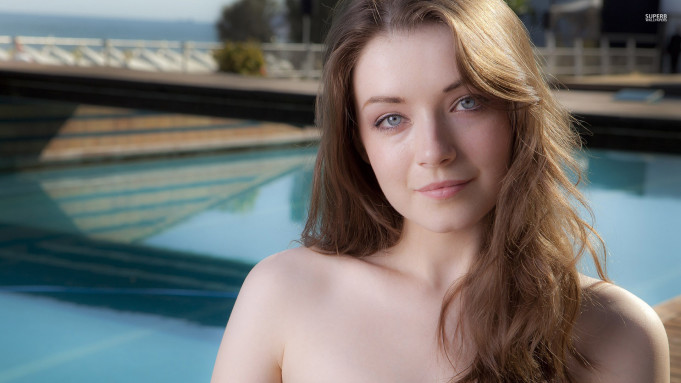 Irish Actress Sarah Bolger is best known for her roles in The Spiderwick Chronicles and Stormbreaker as well as her award winning portrayal of a young Bloody Mary Tudor in TV Series The Tudors where she starred alongside Jonathan Rhys Meyers and the latest Superman, Henry Cavill.

With the upcoming release of her next film Emelie, where she plays an emotionally disturbed babysitter with a dark and depressing past. We caught up with Sarah for a chat about the film and her time on the set of The Tudors.

You play a mentally disturbed babysitter Emelie, What was it about the script that sucked you in?

I got the script a couple of months before filming; I guess what I look for in a project is individuality, something that strikes you as being very different and unique. This is someone walking into someone’s life and altering it forever with simply actions and subtle actions. She’s just a master manipulator, a master of changing who she is and it’s interesting as an actor to play that. You sort of are playing this side of a girl portraying another girl, the audience not understanding who she is until closer to the end of the movie. The script is fascinating because your lost, you like what is happening, who is this girl and what is she doing. You’re kept in full suspense the whole time whilst feeling somewhat uncomfortable. Do you feel like she was testing the children?

Yeah and I think she was sort of winging it which I love. Nothing’s planned, she takes every day as she can. She finds this girl at the beginning of the movie obviously does what she does, takes her phone and just wings it. What’s incredible is your watching her figure out, she doesn’t even know the girls name until later on when people call her Anna. It’s just a cool thing for an actor to be able to do. I was all about that.

Those Bad guy roles always seem to be more fun for actors to play!

Totally, and the fact that you’re trying to figure out with the audience the whole time… is she bad? You can’t really put her into a category because you are just watching with such confusion and trepidation.

How did you and director Michael Thelin develop your character? Did you research any real life babysitter horror stories?

(Laughs), Well it wasn’t so much babysitter’s. What it is your seeing this girl in a moment of her life, this isn’t the first time she has done something like this. Not necessarily comes into a house and looks after some children. She’s been on her own for a while and she’s suffered from post traumatic stress disorder from the death of her own child. She’s desperately trying to fill the void but she doesn’t know what it is that she is trying to fill. She literally walks into that house and thinks maybe I should take a child. What I did was I created a girl who was so near the edge of breaking that she didn’t know what could fix her. It’s a constant search. If there was a sequel it would be another thing, it would be another part of her life that would try to cram something into. I actually thought it was a good twist at the end, I didn’t see that coming!

Oh brilliant! The thing is trying to keep her youthful, she could be 18, and she seems sweet and nice. She’s not she’s this older woman in her mid 20’s who lost her child. I liked the idea of making her the polar opposite to what you’re seeing on the screen.

You’ve also got the youthful looks to pull off looking a lot younger than what you are!

(Laughs), you know what, I live in Ireland and drinking age is 18 and I constantly get asked for ID. I’m never gonna look older than 18 (laughs).

How easy was it to work with just children for 90% of the film? Did you manage to build a bond with them?

What’s awful is the Director had decided prior to production that it was a smart move for me not to build a bond with the kids. On set we wanted them to, not be fearful of me but to see me as a stranger. Because the kids were so young I thought well OK if that’s what the director wants that’s what I should give him. So no I was actually quite isolated on set. Most of the days just ended up being just me sitting in a trailer and then coming onto set and not really being able to talk to the kids. Michael the Director, he looked after them and then I sort of did my own thing. It was like parallel worlds running alongside each other on set. He thought it was smart to keep us separate as Emelie is in a whole different place than they are. The kids were so lovely, it wasn’t until the wrap party we could actually chat, take loads of silly photos. They are so lovely and so talented. I started when I was really young so it was hard not to be super supportive.

Was there at any point where you scared the life out of them?

For more of the intense moments they went home, we did the normal working hours and then once they had gone we would do the intense scenes and I would do it to no one (laughs). I had no one to act opposite. It didn’t make me worry about going too far in case I scared them. Thomas was very young, I feel like I would feel bad if I were to go too far so I guess it just gave me the range to be able to play.

As you’ve just mentioned you were a child actor yourself, do you think this helped with working with such a young cast?

I think it did, I totally get it from there perspective. Its lots of fun, the set is so much fun, energetic. I totally understand when they are playing about.

Emelie is dealing with some seriously dark issues of her own; it must be difficult getting into that headspace! How did you manage to switch off at the end of the day?

Now that was really hard! I spent time with my Mother back in Ireland. I was like I need to forget the day. I’m not necessarily a method actress but before scenes and certain things, she’s reading this story to the child, like a bed time story. The most sordid bedtime story in the world but. It’s really all about her life, she’s had no life, and she has no family. The love of her life, her baby died. It’s ambiguous to the audience whether she killed the child or something else. It was just a really hard place to be in. She’s gone through a lot and you feel like you have to put yourself into her shoes for it to come across. The end of the day I was making copious amounts of tea and watching Netflicks, like The Office or Friends just to try and whack myself out of it. I have to ask you about the Tudors as I was a big fan and loved you as Mary Tudor, Playing the young future Tudor Queen of England must have been an honour what did you gain from your experience on the series?

I started that job on season 2, and Morgan O’Sullivan the producer and Michael Hurst the writer were like “Hey Sarah can you do this for us” – Morgan is an Irish Producer – “Will you do just one or two episodes for us” and I ended up three years later… It happened so fast, I got the job, let’s say on the Monday and two weeks later I was on set!. It was amazing, it was great because whilst filming Michael would send me these books on Bloody Mary and I got to learn and grow history buff wise (laughs) with the character. There is not a lot about her as a child when I was portraying her; it was really interesting to create the girl that people know as Bloody Mary. Showing people maybe this is why she turned out the way she did. I find it hard to watch myself but season 1 is so good.

So can you tell us what it was like working with Jonathan Rhys Meyers and Henry Cavill in The Tudors?

Henry is just thriving, can you believe he is actually Superman, it’s amazing! Everyone on that set was so wonderful. In fact, I’ve remained quite good friends with many of the actors. I was 16 on that show. Everyone was like cool in their late 20’s and I felt like the outsider. I was still at school and certainly not cool. They are just really great people. I’ve stayed in touch with so many of them. Johnny is such a good actor, I actually think his portrayal of Henry VIII is the reason why people kept coming back to the show. Watching him he is just so engaging. He’s beautiful with his sparkling blue eyes. Yeah, you just want to watch him.

If you were trapped on a deserted Island which 5 films would you take and why?

Gone with the Wind because it’s my favourite book and I think it’s the longest movie so that would probably kill time.

The Proposal with Sandra Bullock, The Babadook because it is one of my favourite horror movies of last year, the director Jennifer Kent is amazing. The Rock with Nicholas Cage which is my Father’s favourite movie and it’s played all the time in my house and Moulin Rouge.