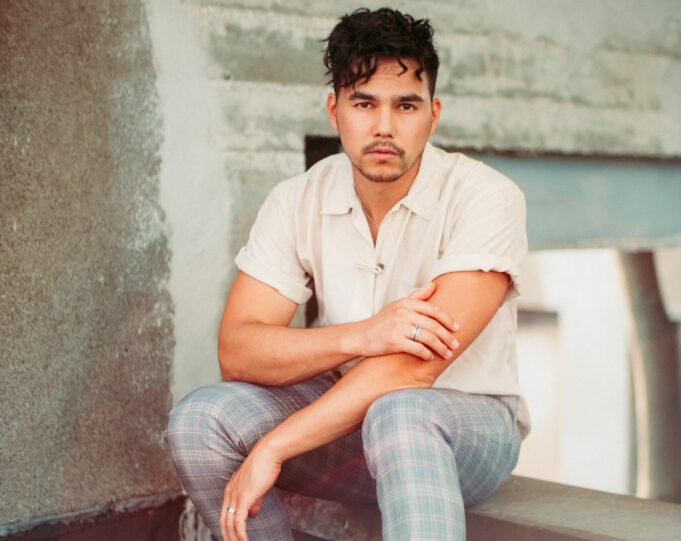 Tyler Shaw romances us with new track ‘When You’re Home’.

Need some more love in 2021? Multi-platinum artist, producer, and singer-songwriter is back with quite possibly his most romantic ballad to date.

We chatted to Tyler about his new track, rockstar moments and making music in a pandemic

We’ve fallen in love with your new track ‘When You’re Home’. What was the inspiration behind it?

This single is probably one of my favourite songs I’ve ever written. I wrote this song in early 2020, just ahead of the pandemic in London. Most of the Fall / Winter of 2019 I had been on the road touring or recording and I was beginning to miss the feeling of being home. The song is quite simple but also conjures up those universal feelings we all have of feeling at home or at ease with your loved ones and enjoying the simple pleasures. Little did I know, within a month of writing the song our world would be in lockdown and required to literally stay at home.

What’s your songwriting process like? Do you do anything, in particular, to get into the zone?

I feel like my artistry works in mysterious ways and certainly around the clock. I’d love to say one day that I step into a studio space and I’m flooded with inspiration and creativity but that’s not always the case. There are times I wake up in the middle of the night with a melody or lyric in my head and I reach for my phone and record a voice note. I love coming to a collaborative session with an idea in mind, whether it be a story, a lyrical idea or a melody. I try to let the music steer me and trust my intuition in the process. I don’t like forcing things or trying to make things work or “fit”. Some of the best and most successful songs have come from real-life stories or situations that I’ve brought into a session. They’re also some of the easiest and fastest songs to write.

Do you get nervous when releasing new music?

I think there is always a level of nervousness and excitement built into releasing music, especially with a full body of work like an album. This is your life, your creativity, your heart all poured into a song that you’re opening up to criticism and public opinion. Some songs are therapeutic for an artist to digest and others are just meant to feel good. There is an element of vulnerability and honesty to my writing as well which lends to that nervousness. The most rewarding part, however, is once that music is released and people react. My stories become their stories or the soundtrack to someone else’s experience. There is something so rewarding about performing songs live and having people sing your own lyrics back to you and realising (this song) could be the song they had their first kiss to, had their first dance to or had to say goodbye to a loved one with.

Do you think the pandemic has changed the way artists create? Is this something that was hard to adjust to?

The pandemic has definitely posed many challenges over the course of the year for artists. It was a difficult adjustment at first because my process is generally quite collaborative and I enjoy going into a studio or writing room and interacting with creative humans and having that banter and connection when working on music. Perhaps the unseen benefit was that once we all realised a few months into this pandemic that everyone was in the same boat and it would be a while before things returned to “normal”, some writers and producers became more open to virtual writing sessions. This opened the door to many of my favourite writers and producers I wanted to be involved with my new album. It was an adjustment to find a rhythm using virtual platforms to create but I decided to ride the wave instead of swim against the current.

I wish I had just one, specific answer for you but there are so many talented artists I’d love to work within my career. For me, there were always 3 main artists that really influenced me and my music growing up; Michael Bublé, John Mayer and Justin Timberlake. Each of those artists reflects a piece of me creatively and represent a time of growth in my life. In terms of songwriting, I’d love to work with my fellow Canadian, Shawn Mendes or JC Stewart (big fan!). For vocal collaborations, I’d also love to work with Alessia Cara’s voice, Lennon Stella or Dua Lipa. There are so many options, I could be listing people for days.

Has there ever been a track you’ve released that you now dislike or see differently?

Good question! I think naturally, over time any artist may grow tired of a particular song in their catalogue but for me, any song I’ve released is a reflection of where I was at in a particular time in my life and career. I would say that my first album “Yesterday” was recorded over a 3-year period of time and I went through a lot of changes in that window of time both personally and professionally. There’s a song called ‘Dizzy’ on that first album that was set up as a single, but I had never felt totally confident about and for me, it reminds me of a really trying time in my music career. I think for someone else, that song could and still very much would be a hit but for me, now, it’s in the archives (laughs). I’m sure people will now go dig it up and listen.

What has been your biggest Rockstar moment?

I’m lucky to say I’ve had many. It’s a toss-up between performing the Canadian national anthem for HRH Prince Harry and Prime Minister of Canada Justin Trudeau – which feels like more of a career highlight when I think about it. The Rockstar moment that comes to mind is a show I did in Calgary, Alberta. My set was wrapped, and I ran off backstage to my trailer. I could hear the crowd screaming and I thought maybe someone was on after me or that the radio personalities had gone back on stage for giveaways. Then I realized the huge wave of excitement had manifested into chanting “Tyler Shaw! Tyler Shaw”. I was shocked. This audience wanted an encore, which I hadn’t prepared for. My manager passed me a guitar and I ran back on stage and performed my first single ever for the audience, solo acoustic and their voices just drowned me out. It may not be as Rockstar as trashing a hotel room or buying exotic cars for my entire family but I felt larger than life.

When I think back on my life, the song I hear would be “Clair De Lune” – Debussey -instrumental. If I had to choose a song with lyrics that was the theme song for my life it would be “Your Song” by Elton John. What a masterpiece. Instant chills from that song. God bless Sir Elton John.

What’s next for you? Can we expect more music?

My new single “When You’re Home” is my main focus for the next little while as we prepare for my third album coming in Spring of this year. I have lots of new music in the months ahead and I’m anxious and excited to share all of these songs with the world. When the time is right and it’s safe to do so, there will be lots of touring as well! A big goal of mine is to tour within Europe and more specifically in the UK, which feels like a remote home for me. My new album is almost complete we’re just putting the finishing touches on it all and making sure everything is perfect. I think this new project really has a song for everyone on it and every mood. It’s rooted in human experience, honesty and vulnerability. It reflects matters of the heart and all things across that spectrum from sadness and loneliness to the feeling of being in love and euphoria. This is a project I’m entirely proud to share with the world.