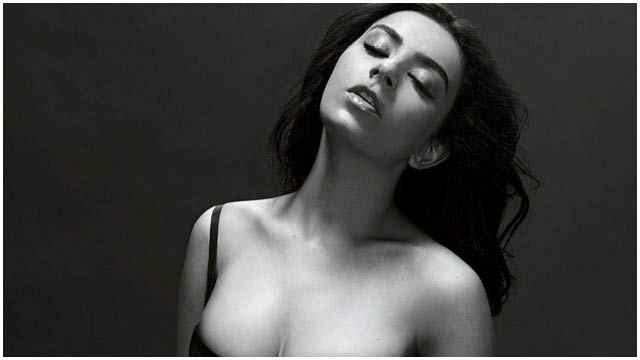 Charli XCX oozes her sex appeal on the cover of Maxim. The singer is seen upside down, which is really unusual for a cover shoot on Maxim or any other magazine. We’ve been repping Charli XCX for a long time now and we are glad to see her featured on Maxim. The sultry images sees Charlie XCX in a black and white photos, wearing a low strappy black figue hugging dress and what looks to be nude underneath a black leather mac. May 2015 cover star of Maxim Magazine images where captured by Tetsu Kubota, and the interview Charli talks about wanting to control her image as a pop star. We haven’t seen Charli XCX look so sultry before, and these images show her true sex appeal, yet keeps her classy. Charli XCX exploded into the music industry when you featured on Iggy Azalea’s ‘Fancy’ song and video, where they re-create ‘Clueless’ in a cheerleader and high school setting. She grew up wanting to be “the bad kind of cheerleader, the one who smokes behind the bleachers” and is now obsessed with the forgotten pop misfits of her youth.