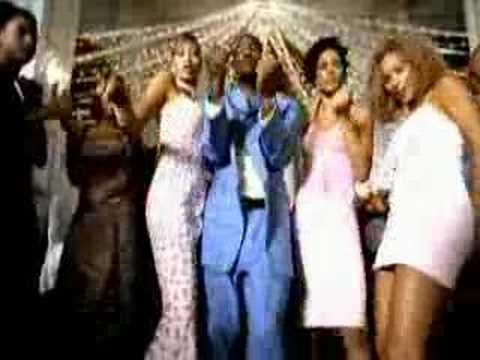 It was a clear Sunday afternoon when I caught up with two of the lads from one of the longest standing, R&B groups of all time, Jagged Edge. To say I was excited would be a major understatement…

I love these guys! I met Wingo & Kyle in their swanky Docklands hotel for a quick catch up to find out what they have been up to and also get the low down on their upcoming album, The Remedy. They spoke candidly on a number of things including biggest turn offs in women, the future of Jagged Edge and being Naught Vs being nice.

It’s been a while since we last heard from you guys, what have you been up to since recording your last album back in 2007?

(Wingo) A lot of work, both in and out of the studio. Work never stops. We took a little time out to spend time with our families and enjoy life, but now we’re back recording.

You’ve been in the industry for over 10 years, how would you say music has changed since you first started out?
(Wingo) Music changes all the time, it’s like fashion, it goes in circles. For us personally, they’re not giving away the money like they used to anymore (laughs from Kyle). Record sales are down because people can get music in other ways now, so you just have to change and adapt with the music. It’s about more than the music now. You’ve got to think outside of the box and be smarter about things.

With six albums already under your belt, what can we expect from your seventh?
We are going to stick to doing what we do best. We’re not going to stray too far from what our fans love us for. We would never try and give you an album full of up-tempo tracks when we know our fans love us for our ballads or for our love making songs. It’s about a balance, we’ve got the club tracks but we’ve also got our slow songs on there too.

Can we expect any hot collaborations on there?
We have a song with Plies on there because we are on the same record label now, Slip n Slide Records. We have also got a joint with Rick Ross, but the first one we are pushing as a single over here features Trina and Gucci Man and it’s called ‘Tip of my tongue.’

How important do you think it is as a musician to have a back up plan?
(Wingo) It’s very important because at the end of the day, you never know when your career might end. The situation is what it is. You definitely need to have something that you can fall back on.

What are your back up plans?
(Wingo) We are starting a little foundation where we’re working with kids too. We’re teaching kids about things other than sports and music. We want to be positive role models for them because there aren’t enough of them around, especially for young guys.

I know you have got your own record label, would you consider signing any UK talent?
(Kyle) Yes we would, but we would be looking for a group who is true to their graft and really loves what they are doing just as much as we do. We would need to fly them to the States though because that’s really where it’s at.

What is the biggest obstacle you have had to overcome in your career so far as a group?
Just trying to be a household name and trying to sustain Jagged Edge. Keeping the fans happy and staying consistent to make it to a seventh, an eighth or even a ninth album.

This issue of Flavour is about Naught Vs Nice, which would you say you are?
(Kyle smiles) I’m definitely naughty.

What’s the naughtiest thing you’ve done?
(laughs) It’s too naughty to tell you
(Wingo) I’m both.

What’s the nicest thing you have done?
(Wingo pauses to think) ummmm..
(Kyle interjects) He bought me something to eat yesterday
(Wingo laughs) That’s not the nicest thing, but it was a nice

What is the biggest turn on and turn off in women?
(Kyle) I like a woman who knows she’s a woman. She carries herself well and is strong and accomplished. I don’t like loud women, you know when you can hear their whole conversation and you are 50ft apart (laughs), for me that’s unattractive.
(Wingo) I’m a feet guy so a woman with pretty feet can turn me on. I am turned off by women who don’t work.

Where do you guys see yourselves in ten years time?
(Wingo) I still see us back over here, selling records and performing. We want to do this forever or until our fans get tired of us.
(Kyle) When we’re old, we are still going to be singing, in our wheelchairs or with our walking sticks (laughs).

Jagged Edge’s 7th studio album, The Remedy is due out later this year