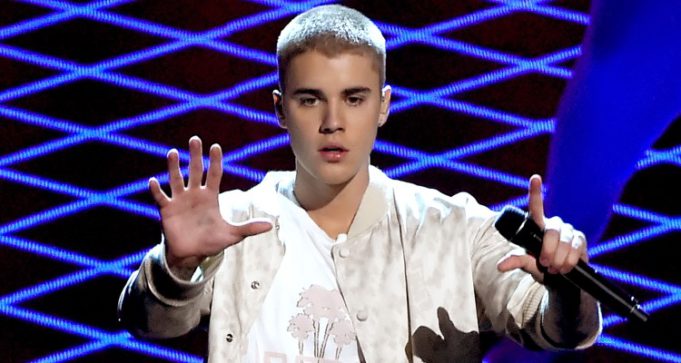 An algorithm has taken in elements of a popstar’s career including social media followers, chart positions and airplay, to confirm that Justin Bieber comes top amongst his pop star peers, including Adele, Ed Sheeran and Beyonce.

The Box Powerlist, the definitive guide to the most influential pop stars on the planet has today revealed that Justin Bieber has successfully held onto his crown as the King of Pop, and topped the exclusive list for the second year in a row.

The list, which is presented by The Box Plus Network, takes every aspect of a pop artist’s career into consideration, including recording revenues, social media influence, fanbase reach, personal wealth, chart performance, award wins and press coverage. The data is compiled by leading social media insight and strategy agency Media Measurement, who have developed a special algorithm in order to deliver the ultimate singular ranking of music’s best-known names.

As a data-driven digital media agency, Media Measurement specialise in the power of social media and online news to help their clients identify, understand and connect with customers. Their Lead Consultant explains the process behind the list:

“We collated data on 10 core metrics, including social media influence, net worth, awards and chart performance to get a complete picture of which artists have true star power in 2017. These metrics were run through our exclusive algorithm to determine which artists are on the rise, which are losing ground, and who is the true King or Queen of the Pop World.”

The first male artist to top the list for a consecutive year, Bieber comes out top of categories including chart positions, social media followers, YouTube views/ subscribers and airplay. The star’s latest album ‘Purpose’ grew to be one of the best-selling albums of the year, spurning five singles in the Top 100, including three Number One singles: ‘What Do You Mean?’, ‘Sorry’ and ‘Love Yourself’. On Twitter, the singer is still top dog, with 91.5M followers at the time of data-crunching – a huge 15.58M growth in the last year! This year’s list sees an equal number of males and females in the mix, with Rihanna following a close second on the ultimate power ranking, her YouTube stats are the second largest of any artist. With videos including the worldwide smash ‘Work’ and other ANTI tracks ‘Kiss It Better’ and ‘Needed Me’ all released in the last year, Rihanna’s YouTube has seen a mammoth growth of 2.6 billion over the past year to 10.73 billion views, and up 5.6 million to reach 24 million subscribers. Drake clocks in at third place as the highest climber of the list, up eleven places from last year. A best-selling single for ‘One Dance’ has helped the Canadian artist affirm his position on the list while Beyoncé and Adele makeup fourth and fifth place. The superstars have become firm staples of The Box Powerlist, and this year sees Adele take the most award wins out of any artist (including 5 Grammy’s, 1 BRIT Award and 1 NME Award) as well as the most media coverage.

Beyoncé, who announced her pregnancy on Instagram earlier this year, has a huge 92.3 million followers on the social network, a growth of 33.7 million in the last year – contributing to her ranking on this ultimate pop influencer list.

The Box Powerlist 2017: Results Show will air on 4Music on Friday 14th April at 1pm. Fans can tune in to witness the full breakdown of this year’s list, and how their favourite artists have come to be placed. The Box Powerlist comprises of four weeks original programming plus social media and digital content across the UK’s number one music and entertainment portfolio, The Box Plus Network.

Tune into The Box Powerlist 2017: Results Show on Friday 14th April at 1pm.