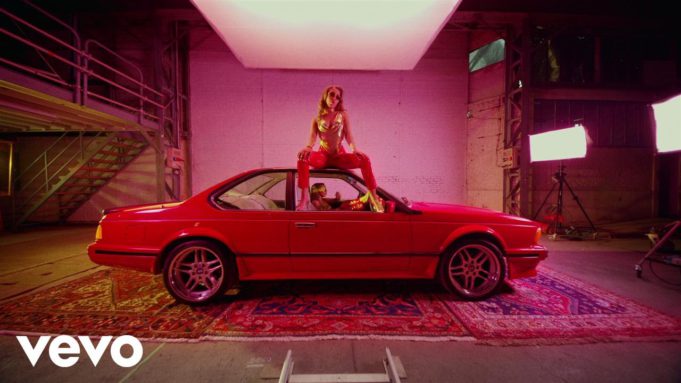 The wait is finally over as Kali Uchis releases the brand spanking new video for ‘Tyrant featuring Jorja Smith.

“Big thank you to Helmi,  Jorja, Division Paris and all the amazing team who worked on this and everyone who watches. Can’t wait to keep sharing more music and visuals with you from my first album,” Uchis says of the video, directed by Helmi.

Tyrant is a scintillating first teaser taken from Uchis’ forthcoming debut album and upon release hit Spotify viral charts worldwide,  since being championed by the likes of Annie Mac and Mistajam. The tough yet slinky, Latin flavoured anthem sees her airy, fluttering vocals belying the sharp sting in the story’s tail – and that’s before emergent British singer Jorja Smith enters the fray.

A multi-talented vocalist, producer and songwriter in her own right, the LA via Colombia Uchis has had a busy few years. Her debut EP “Por Vida”, released in 2015, nabbed universal acclaim from the likes of New York Times, Pitchfork and Guardian, and subsequently has seen her collaborating with the stellar likes of Diplo, Tyler the Creator, Kaytranada and, of course Gorillaz – she appears on two tracks from their new album “Humanz”.

With a highly anticipated album coming later this year,  expect to hear much more in the coming months.