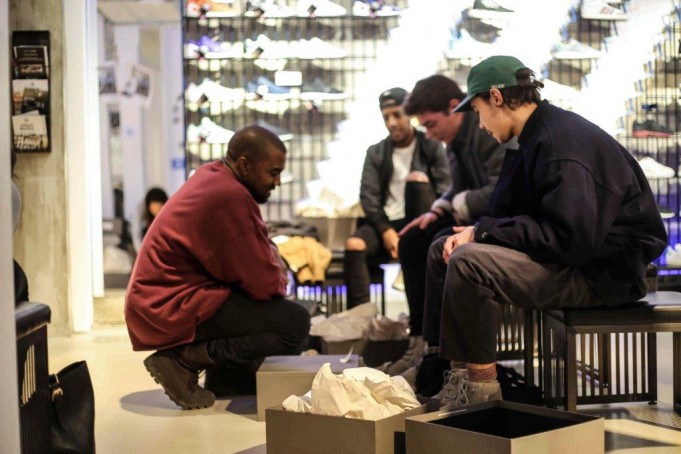 Kanye West surprised fans at the adidas Originals London store by making an impromptu appearance to personally present some of the first YEEZY BOOSTs in the UK.

The YEEZY BOOST is the widely anticipated first footwear offering from the AW15 Kanye West and adidas Originals YEEZY SEASON 1 collaboration. The silhouette transcends footwear trends and champions the next way of thinking about sneaker fashion. Featuring adidas’ coveted boost cushioning technology, the YEEZY BOOST will combine the ultimate in comfort and performance with high-end style.

Launched in New York on 14th February, the adidas YEEZY BOOST were launched in limited numbers in the UK on Saturday 28th Feb