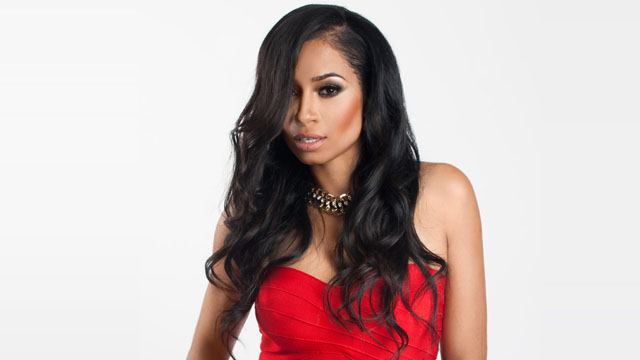 Karlie Redd the Trinidadian stunner born and raised in New York starting off acting and modelling and by the age of 16 Karlie had over 40 commercials, movies, and modelling appearances to her credit.

Karlie studied music and dance at the Harlem School of the Arts. She has also toured with the prestigious Alvin Ailey Dance Company while continuing to model and act. Musically, she began her career working with such noted producers as Commissioner Gordon, Michaelangelo Saulsberry, L.O.S. The Maestro, and Jamaican producer Mickey Bennett to perfect her craft. Karlie has also worked with and learned from the likes of Sean Kingston, Claudette Ortiz from City High, Da Rock, the legendary KRS-1, new hot rapper Hot Dollar, Will.I Am, and super producer Lenky responsible for the 1 international smash “Get Busy” by Sean Paul. Karlie has recorded remixes to the songs “Hate on Me” by Jill Scott and “Bed” by J. Holiday. Influenced by such greats as Celine Dion, Lady Saw and Bob Marley, Karlie’s focus is solidly back on her blossoming music career. Performing in Los Angeles at venues such as B.B. Kings and sharing the stage with successful contemporary artists such as Tyrese Gibson and Jamie Foxx, Karlie’s live stage shows are high energy, featuring a full band, dancers, and audience participation. She is a force to be reckoned with! A young beautiful entertainer who can sing, dance, model, act, write, produce and direct her own music videos and films. Karlie’s latest single Heartbreaker feat. Young Dro peaked at #26 on iTunes Chart and #15 on Google Play. Talk about a powerhouse!

We managed to get a few minutes with the stunner and asked her for dating advice. This is what she told us.

What was your first date?
My first date was with my husband whom I ended up having my daughter by.

What are the things you shouldn’t talk about on a first date?
Never discuss your problems on the first date. Keep it positive!