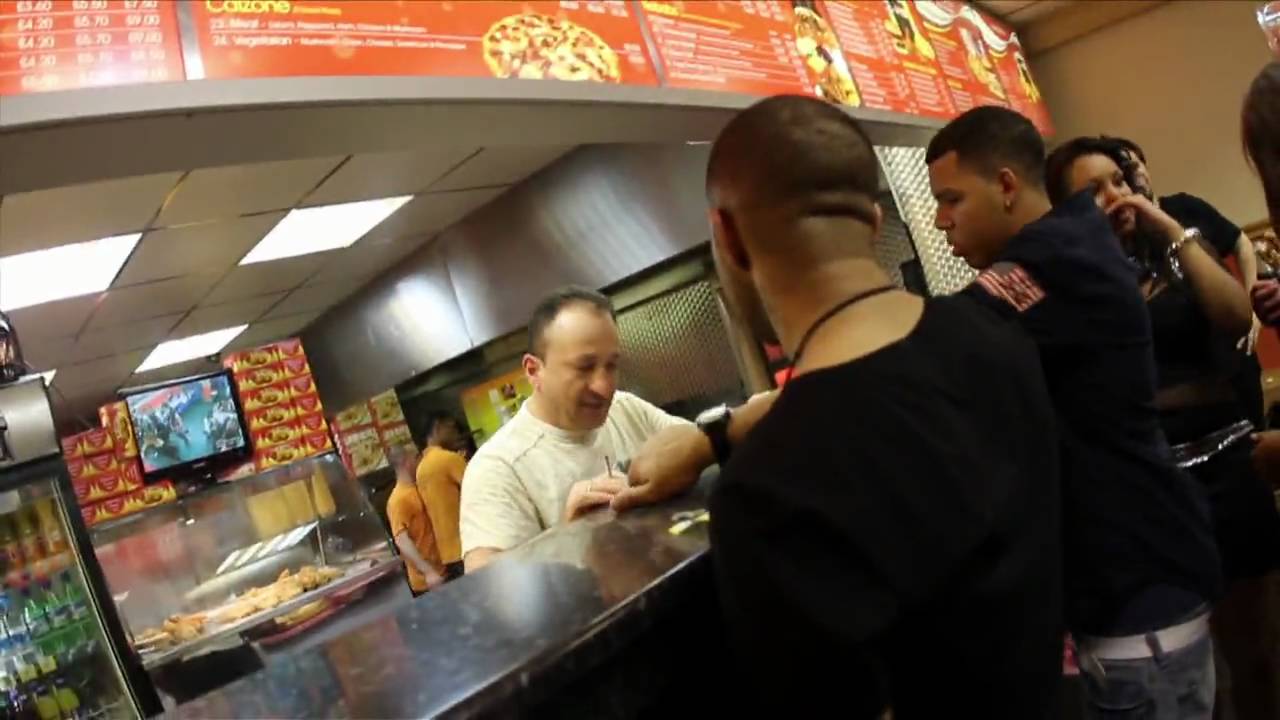 Born to a bi-racial family and raised in a multi-faceted environment, helped to shape KOF’s early musical taste and lay the foundations for his unique and inimitable style. KOF’s music blends various elements ranging from retro to electro, urban to pop – coupled with the impressive capability to switch his style from dirty, grimey rap lyrics to soulful and uplifting vocals. It is no wonder that despite creating quite a mainstream buzz, KOF’s music still remains uncategorised. KOF (short for Kofi), was born in Liverpool to a Ghanaian father and an English mother and showed very early signs of musical talent. ‘I used to just watch my dad’s videotapes of Earth, Wind and Fire and Michael Jackson over and over again and then I just started singing. My parents used to give me money to sing to my family in the front room and stuff like that, so that is where I first started singing and getting confidence to perform in front of people.’

When he was six, the family made the move South, and East London became KOF’s new home. ‘When I moved to London, I didn’t really want to go, but because I was only like six years old, I didn’t really get a choice. So as soon as I was old enough to come back to Liverpool, I did. It will always be home to me.’

Living in East London for most of his childhood and early teens, KOF immersed himself in the London music scene, whilst maintaining a strong link with his Liverpudlian roots. ‘Growing up in London… it was around the time of garage, the end of jungle and the beginning of grime, so a lot of that stuff has influenced me. The music I make now is quite fast-paced, it’s uplifting and it’s got a lot of that kind of energy to it.’

‘The music scene in Liverpool is very dance-orientated.’ he adds. ‘You’ve got like Scouse house and then obviously electro as well, so all that kind of stuff can be heard in the music I make too.’ This eclectic background allowed KOF to experiment with sounds and mesh his musical tastes in a way which has never been done before.

‘I really got into music when I started University. I just started writing raps to different instrumentals and then I started making my own beats and it kind of took off from there really. Once I had gotten one or two gigs, my cousin offered to manage me and we just made as many contacts as possible’.

KOF hasn’t stopped working since and this tenacious work ethic has certainly paid off. Having received consistent airplay from some of the UK’s biggest radio stations, including Radio 1 and BBC 1Xtra, KOF has a growing fan base and has also received streams of complimentary feedback from some of the UK’s biggest DJs – and all this before releasing any of the tracks from his debut album.

However KOF’s success story is certainly an exceptional one, as in today’s urban music scene, artists from Liverpool are severely under-represented and almost unheard of.

‘In Liverpool there is no infrastructure for up-and-coming artists. There are no places for people to perform or nurture their talent. On the radio stations here… there is no show that is actually dedicated to playing urban music or even local music, so the kind of ways for them to get in or to get noticed are not there. Whereas a London artist would have things like Pyro Radio and Channel U, we don’t have that here. And because there’s no infrastructure, some of these artists don’t necessarily understand that they need to go outside of the city to create a buzz for themselves.

‘I’m one of the few artists that has gone to London, made connects there, gone to Nottingham, made connects there and kind of built a buzz for myself outside of the city. ‘I think those are the only reasons why Liverpool is not on the map in terms of music. There are definitely good artists in Liverpool, definitely.’

One person who has recognised Liverpool’s talent is Wiley, who features on KOF’s new single Fire it Up. ‘It was crazy you know… I just got a phone call one day saying, ‘Hello is that KOF? Yeah, this is Wiley. I’m in the studio in Liverpool, do you want to come over and work on some stuff?’ It was that quick and that simple really.’

Fire it Up feat. Wiley is out now For more information on KOF visit www.kofmusic.com