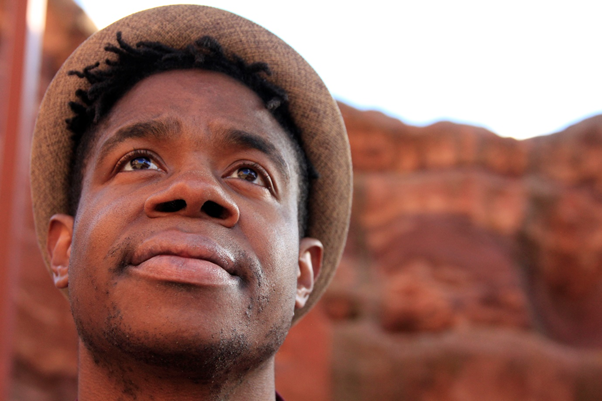 As Lee Clark Allen fast approaches his debut EP (Little Rock to be released Spring 2018), he released the first single “I Won’t Tell Myself a Lie” on St Patrick’s day – 17th March – but for Allen it will always be known as his brother’s birthday, releasing the single as a present to reaffirm his admiration for his older sibling.

Born and raised in Little Rock, AR, Allen grew up surrounded by music; the annual Blues Festival and River Festival and Juneteenth celebrations, as well as numerous gospel singing events and the Motown music of his parents. Having been raised by a single mother during his adolescent years and overcoming his speech impediment through the use of his art, the Little Rock EP has been numerous years in the making and with I Won’t Tell Myself a Lie making an appearance on the Empire State Mix Vol. 7, his music is already yielding his desired results.

I Won’t Tell Myself a Lie is inspired by the difference between people who we agree to date, and those whom we pursue. Allen focuses on the latter scenario, crooning to a lover who is indecisive about one’s intentions; a meaningful relationship on one side and a fling on the other. The entirety of the Little Rock EP takes its inspiration from his friend, Riley, who reminded him of the worth of making sacrifices to follow his artistic passion. Allen has had comparisons drawn against the soul singers of today, such as Gregory Porter, Leon Bridges and Aloe Blacc, and past legends in the shape of Marvin Gaye, Nat King Cole and Teddy Pendergrass. Allen’s greater aim is to emulate John Legend’s talent for soul, as well as his influential nature by becoming an advocate for education.

Lee Clark Allen’s first release from his upcoming EP (Little Rock), “I Won’t Tell Myself A Lie” is available now on SoundCloud, Facebook, iTunes and YouTube, and it will be available digitally and worldwide on March 23rd. Follow him on his Social Medias to not miss Allen’s future releases and his debut EP.