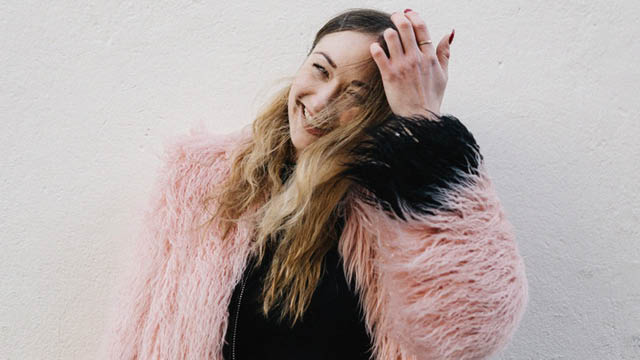 Lily Mercer has been gaining a lot of attention since the end of last year, appearing in numerous campaigns for Adidas, G-Shock, Puma etc and DJ’ing for the likes of Google, Supra etc.

Some have gone as far as calling her London’s new ‘Music It Girl’ comparing her to the likes of Alexa Chung for the music scene in London, NYC & LA. Lily is self made, and after already being the talk of the music and fashion scene is quickly becoming the talk of London town.

We spoke to Lily about all things music, fashion & entertainment and she reveals how she got into the industry as well as her uniqueness and what make her different.

What influenced you to become a radio presenter?

I never actually set out to be a radio presenter, I was a journalist but I fell into it after someone at Rinse found my blog and thought it would translate well into a radio show. It’s been a fun three years of The Lily Mercer Show so far, I love the variety of doing both Rinse FM and Beats1. Both are very different formats; On one the music is 100% chosen by me and the other, there’s certain rules and guidelines that come into play, so I get to be both a specialist DJ and presenter. I found Beats really challenging at first but I enjoy discovering music of different genres through the station. It’s very different to the rap bubble I create with The Lily Mercer Show.

How are you unique from other radio presenters?

The fact I didn’t set out to be a presenter probably makes me fairly unique in that sense. Sometimes I feel weird about it, my brother was a UKG DJ and was on radio when I was a teenager and he laughs like, ‘How the hell did you end up on Rinse?!’. I think I’m different from a lot of DJs in my music discovery, I search in a totally different field to most DJs in the UK so I don’t sound like everyone else. I don’t think many DJs, even in the US, play what I play. It’s music that tends to be on blog’s, only the bigger tracks I play get spins on commercial radio.

Is there anyone in particular who you aspire to interview?

I’d love to interview Jay Z and 50 Cent, but Buju Banton is my dream interview. I eventually want to write his biography one day, that’s my career aspiration. I feel he’s massively underrated as a musician and I love his music so much.

What is your favourite genre of music to play and how does it reflect you?

A lot of friends call me the hip hop encyclopaedia because I’m pretty obsessive fan of the genre and have been for a good 20 years. I do play a variety of other genres but hip hop is what I’m known for and it’s the one I invest the most time into exploring. I relate to it even though I may not be the intended customer but I love the attitude and the social criticism that the genre was originally known for. I’m not a hip hop snob though, I listen to conscious rap and trap, backpack rap and drill, I love all aspects of the genre and have done since I was a child.

Do you feel a certain amount of pressure or responsibility to put the spotlight on new talent?

I don’t feel pressure, I just listen to what I listen to and I think the way I tell others, via my show and Twitter, is pretty natural. I never sell music that someone’s told me to and I think by now, people trust my ear for a certain style of music. The only time I ever feel slightly pressured is when I catch onto someone late and then I feel like people are slightly judging me, ha ha. I don’t mind being late but when I think I’m trusted to show the best new artists, I wonder if people will be mad that I let one slip through. I don’t put too much pressure on myself to find a new artist, I just check out names I haven’t heard before when scrolling through blogs. That’s how I found Mick Jenkins and Tink in 2012. I also come across artists via features on songs too, I think I first heard Vince Staples when he had a verse on an early Earl Sweatshirt song in 2010 or 2011.

Are there any emerging artists that you’re particularly fond of right now?

There are 20 artists that I could name for various reasons but my top 3 right now are G Herbo, a Chicago artist who used to go by Lil Herb. He’s so amazing to me, I think he’s the best all round artist releasing rap music these days. My favourite lyricist is Natia from Inglewood, LA. He’s very good with words and has a 90s grittiness that I miss. I’m totally obsessed with Kodak Black right now and find his music really up-lifting. He may no be the greatest rapper lyrically but I love his style and his songs, especially Scrilla and Like Dat. How would you define your style?

Lots of furs, gold jewellery, black clothes and chunky boots. I have way too many shoes, especially heels and trainers. I tend to dress like a crazy person sometimes mixing simple pieces with bright coloured furs and kitsch accessories. I also love music tees, my favourites are my Buju Banton and Bob Marley tees but I recently found a tacky 50 Cent one on Brick Lane which is my new favourite.

Do you have any fashion-based ‘go-to’ brands?

Alexander Wang is the brand that I could dress head to toe in for any occasion, I have quite a few pieces including tracksuit bottoms and an evening dress. I wear Adidas all the time and I also love JoyRich, DimePiece, Dope Boy Magic and Waven. I’m not that picky with brands though, I’d sometimes rather get 10 things from H&M, ASOS or Zara than 1 branded designer T-shirt for the same price. My wardrobe is probably 50% vintage though, I’ve spent years searching for unique clothes.

What should we expect from Lily Mercer in 2016?

A lot. Two issues of Viper Magazine, more video content from Viper Digital and approximately 38 more episodes of The Lily Mercer Show and a load more Beats1 shows, for a start. For a few years I’ve been juggling radio shows and editing a magazine with other aspects of music journalism. Now that all my jobs are more established, I’m keen to start doing more creative things outside music, including a collection with LA based jewellery brand called VidaKush, which should be out soon! I’ve recently started a podcast with Shortee Blitz, Snips from Livin Proof and my best friend and Viper deputy Lauryn Tomlinson, so people now have a third place to hear me talk at length about music, ha ha. The podcast currently has no name, but if you really want to hear it, you will find it. In 2016, I’m just generally going to be about!