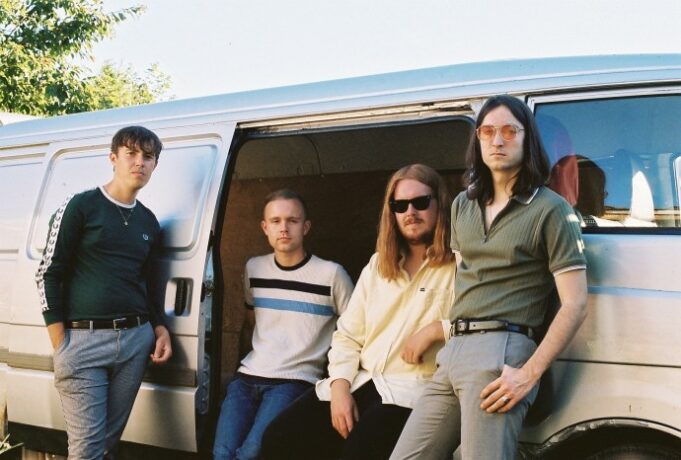 After a chance meeting between friends Joey Lyon and Conor Toner and vocalist Moritz Meyns in a London pub, it was their mutual love for Scott Walker, 60’s themes tunes and Dion DiMucci that brought the trio together.

They began writing and recording in their Kent home analogue studio and Little Suspicions was born.  Bassist Craig Barde later joined and the band was complete.

Now back with their latest slice, Little Suspicions release nostalgia fuelled single ‘Limes’. Talking about their new track, the band tells us:

‘Limes’ follows the thoughts of the narrator’s nervousness while falling in love. It describes his experience of becoming hopelessly distracted when he thinks of his crushes’ green eyes, of which have become his Achilles heel.