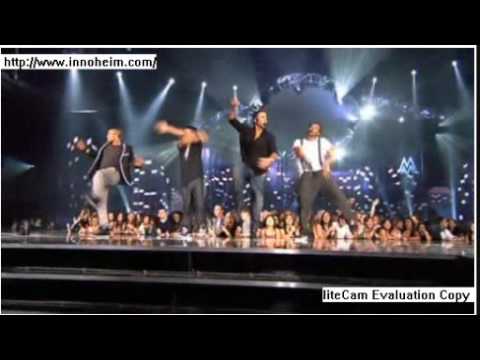 MOBO will be hosting their annual Awards ceremony this October with key acts Mary J Blige, Sade and Tina Turner. Due to the phenomenal success of last year’s relocation to Glasgow – the first time the MOBO Awards had left London – MOBO were keen to take the awards nationwide. A Facebook campaign by resident teen Ben Osu helped secure Liverpool as this year’s host city, bringing the influential awards ceremony to the iconic backdrop of the Liverpool Docks.

Launched by founder and CEO Kanya King, the MOBO Awards were the first awards show in Europe to celebrate urban music. In their 15 year history, the MOBO Awards have undoubtedly played an instrumental role in elevating black music and culture to mainstream popular status in the UK. During the first ceremony in 1996, MOBO recognised the stellar work of hip-hop collective Fugees at the beginning of their meteoric rise to fame, presenting the trio with the MOBO Award for Best Single and Best International Act. The same ceremony rewarded Commodores’ front man and Motown singer-songwriter Lionel Richie with the MOBO Lifetime Achievement Award for his outstanding contribution to music  and this worthy recipient delivered an outstanding performance that concluded the first ever Awards show.

Fans of urban music have witnessed the greatest performances of modern British television, including the tribute to reggae legend Bob Marley. The Marley family honoured their father at the prestigious London Royal Albert Hall in front of a rapturous audience by playing the timeless songs that helped certify his place as one of music’s most renowned artists. Others to be celebrated include queens of contemporary music such as Mary J Blige, Sade, Tina Turner, Destiny’s Child and Janet Jackson whose extensive careers span many decades and have been justly honoured with MOBO awards. Rapper and entrepreneur Sean Combs was recognised for his Outstanding Achievement to music in 1998 and twelve years later, is still going strong.

In 2009, the closing performance exemplified the creative diversity, growth and power of the British urban scene. The Young Soul Rebels, comprising of MOBO championed acts such as grime star Tinchy Stryder, singer/model VV Brown, electro artist FrankMusik and chart dominators N-Dubz, performed their rousing rendition of The Killers hit “All These Things That I Have Done” in honour of the charity, War Child.

MOBO is proud to have played a significant part in launching the UK’s biggest and brightest urban acts over the years. This has included the multi-award winning Ms Dynamite, chart topper Craig David and international artist Estelle. More recent recipients have been Corinne Bailey Rae, JLS, N-Dubz and Chipmunk. All winners of the MOBO Best Newcomer Award, these stars have gone on to achieve massive success. More recently MOBO has played a key role in the careers of N-Dubz and Chipmunk amongst others. Broadcast as live on BBC Three, with highlights on BBC One and further coverage on BBC Radio 1 and BBC 1Xtra, the MOBO Awards consistently attract the largest prime time multicultural audience with access to millions of music fans in a growing number of countries worldwide. This audience has been able to watch the biggest names in music with appearances from industry power couple Jay-Z and Beyoncé, the Queen of Rock and Roll Tina Turner, longstanding icon Sade, US superstar Usher and the critically acclaimed Amy Winehouse who incidentally performed at MOBO’s Nominations launch back in 2003.

In anticipation of this autumn’s biggest music event, MOBO will be running a series of exciting initiatives in the forthcoming months including the community-oriented BeMobo Award. This was created in 2006 to honour and recognise individuals and organisations that are making significant differences within the community. Previous winners have included Anti Slavery UK, From Boyhood to Manhood Foundation and War Child UK.

Kanya King (pictured left) said, “We are all very excited about celebrating MOBO’s 15th birthday in Liverpool and bringing the Awards to this vibrant city. We’re especially looking forward to working with a city that is renowned for its outstanding contribution to music, culture and creativity. We also have some incredible plans for this year’s event, including implementing the BeMOBO Award as a regional initiative for the first time, thereby honouring some of the region’s unsung local heroes.”

For entry details, a chance to buy tickets and the latest updates on the event, visit:  www.mobo.com or follow them on Twitter.

JLS’s performance of Beat Again during the 2009 awards: