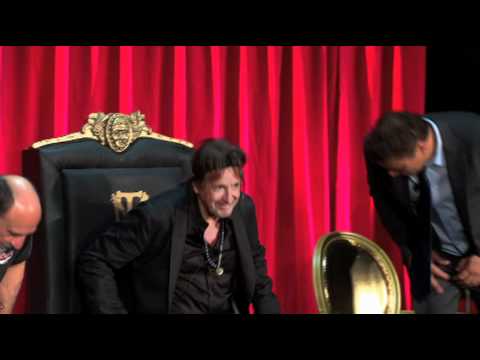 A host of Hollywood stars decended upon The Belasco Theatre in L.A to toast the release of cult movie ‘Scarface on Blu-ray. All the legends were there in force, stars from past to present, to celebrate with lead Al Pacino and other members of the cast Steven Bauer, Robert Loggia, F. Murray Abraham and producer Martin Bregman. Rapper/actor Ludacris entertained the glittering masses after the screening with his lyrical dexterity, and said: ‘For me to be performing here out of any other artist in the world makes me feel great. I feel honoured to be here.’

The film is not only iconic but has spanned across generations, co-star Robert Loggia (who played Frank Lopez) agreed; ‘It’s an eternal movie. It’s going to be played over and over long after I’m dead and buried!’ Steven Bauer, who played Manny Ribera, agreed: “I’ve had encounters with fans every day of my life…as most of the world identifies with Tony Montana.

Filled with joy at this new release, Al Pacino admitted: ‘It’s a film that’s always been close to my heart. The Blu-ray is coming out and it just keeps going!’

Footage from the event is available from Livestream or via Facebook: ScarfaceTheMovie.

‘Scarface’ will be available on Blu-ray from September 5th.