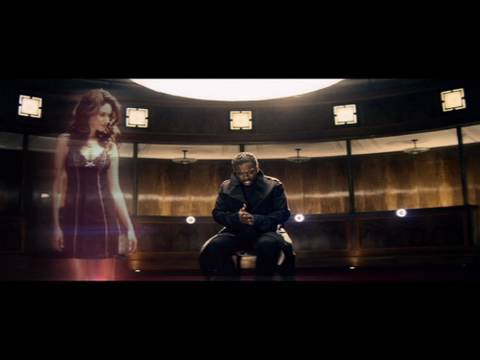 Recently signed to Atlantic rising rnb star Mclean, is ready to take the UK scene by storm with his song Broken. Flavour recently caught up with him backstage at his gig at the Bedford where he talks about his name change and getting Tupac to eat other rappers.

You’re signed to Atlantic. How did that come about?
Well, I guess, I was doing my thing on the underground, putting out tunes for the radio, made a mix tape and started working on my album Broken. That was going to be my first track for my album as well.  I did a tour in Cyprus, which DJ Ironik and Wiley were on as well. Ironik left a week before and called me back asking can I do a remix of Broken, so obviously [laughing] I was like ‘Yeah! Cool…’ Shortly after that he was signed to Asylum and then they must have heard the remix, called me back saying we like the track and it went from there!

Many of us who have been following your career from the get go, know you as Digga, what inspired you to change your name to Mclean?
Well there are many reasons, but probably the most significant one is that it’s my family name. I’ve got many artists in my family, my dad who’s a well known artist (John Mclean), got uncles and cousins who do a lot of music too, so I guess I’m trying to rep for them.

Okay, so when did you realise you actually had this talent?
Well, it’s one of them things in my family that we just do, so everyone has kind of got it one way or another. Music is in us, like I said earlier my uncles they have a band, one will play drums, one play bass. Everyone has got it in them. So I’ve been singing since I could speak really, I wrote my first song at 7 and recorded my first song at 18.

As a child we all have fantasies, what inspired you to be who you are now? Any super heroes, cartoon characters?
Hmm .. [smiling]  Oh man.. I don’t wanna show my age but I used to love the Mask!
I remember The Mask…
[laughing] You remember the Mask? Yeah the Mask was the one! I used to sit there on the settee and pretend I was a car that turns into a plane!

As an artist now, if you could have one super power what would you have?
I think I’d like to have… [long pause]  I’d like to fly because I wouldn’t have to get on any transport, no car, no trains or bus, all that out the window. I’d just fly! Plus I wouldn’t be late for studio either!

If you could bring one famous celebrity back from the past, who would you bring back?
I don’t know if I should say this, but I’d bring back Tupac. He needs to come back and eat some rappers!

You’re best known for Broken. Who wrote and produced the track?
Nikki Clarke wrote the music and I wrote the lyrics.

Speaking of the lyrics, the songs about a love lost is this something that happened to you?
Okay, it’s not a true story. I write songs about situations, any situations. On top of that, I don’t think about what I’m going to write before I write it. I write in my head, I get in the groove and just get what I’m going to say. It’s not like I think ‘I’m going to write a song about my girlfriend dying today’ it’s just how it ended up and that’s basically it.

How did you get the track and yourself out there?
I didn’t even push it. At the time I was doing my mix tape on the underground scene. I was really concentrating on that and around the same time Broken had been leaked somehow and it was floating around Europe, places like Germany and Austria. I was getting so many e-mails saying ‘We love your tune and play it every day’. So I’m thinking… [laughing] Where did you get it from? People in the UK hadn’t even heard it! So from that people made their own little videos covering it, dancing to it and it just grew from there!

Did you expect it to get that much recognition?
When you make a song that you really love you always hope that other people will love it as well. I never really expected anything…so it kind of took me by surprise.

What can we expect from Mclean in the near future?
Well I am working on my album, which is pretty much wrapped up, just a few more finishing touches to do but I’m really proud of it. It’s titled Broken so keep a look out for it!

McLean ‘My Name’ – out on 8th March on Asylum