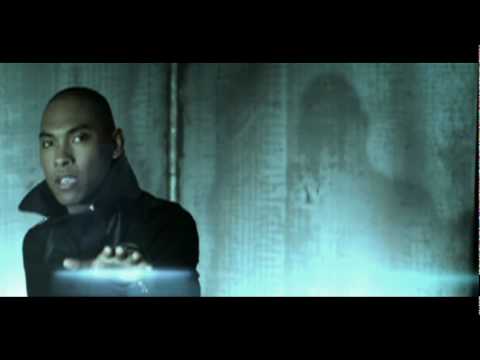 Responsible for tunes like ‘Sure Thing’ and ‘All I Want Is You’, Miguel, 26, is the latest stateside artist blowing up the UK’s radio waves. He owes his good looks to his Mexican father and African American mother, and this combined with charisma and a sexy stage persona shows he is slowly but surely becoming one of the ladies’ favourites.

Flavour catches up with Miguel during his first visit to London to give our readers the chance to ask him anything. You sent in some great questions; read on for his answers!

Nicki Minaj, Beyoncé and Rick Ross contact you… who do you call back, text back and ignore?
Damn, that’s tough, man [laughs]. You cant ignore Rozay, I would call Ross back cos he seems like someone that would want to speak to you directly; I would text Beyoncé back; and only by default in this game, I would have to ignore Nicki.
(Chantelle Kelly, 20, London)

What country or city would you like to perform in the most?
Well, actually I’ve been trying to come to London for such a long time; we made it out here, that’s actually kinda been like a huge goal of mine, and the fact that I got to sell out a show is really dope.
(Symone Edwards, 28, London)
Is ‘Quickie’ for someone specific? What made you write those lyrics?
‘Quickie’ was inspired by a moment, but it’s definitely not about any specific person. It’s me being honest with myself and saying, you know what? This is what I want. I think that’s why women love the song, because sometimes women just want us to be honest with them.
(Philippa Raybe, 20, Beckton)

Who did you call when you first heard your song on the radio?
It may have been my brother; he’s like my best friend in the whole world.
(Samantha Johnson, 25, Birmingham)

If you could meet one person, dead or alive, who and why?
I would love to meet Bruce Lee. As a philosopher he was well ahead of his time. He set a tremendous example of being a forward thinker. His overall outlook is incredible and inspiring; his story, dedication and example are one to study and to learn from.
(Natalie Baptiste, 29, Manchester)

How old were you when you had your first kiss?
I’m a late bloomer: it was with my very first girlfriend, like real girlfriend, I was 19. My mum was very strict so I didn’t really date growing up; it wasn’t until I moved out and started college that I kinda got to do my own thing.
(Kymone Samuels, 18, New York) Which UK artists are you feeling?
Tinie Tempah – we did a show together back in the States, so Tinie’s like my homie; I’m really feeling his music. Cleo Sol also, who I actually had the pleasure of sharing a stage with, as well as Bluey Robinson.
(Lucy Andrew, 19, East London)

Celebrity crush growing up?
I had a bunch of ’em. When I was younger it was probably Punky Brewster, Drew Barrymore, Scarlett Johansson… Catherine Zeta-Jones, Salma Hayek and Tyra Banks, I always had a huge crush on her.
(Danielle Browne, 27, Essex)

What makes the perfect woman?
A great woman has a sense of humour, a very strong sense of who they are, honesty and sense of style.
(Holly Gerrad, 23, East London)

If you could be an animal, what would you be and why?
A wolf; a wolf dog. Wolves sometimes travel in packs and sometimes they’re alone; I like to describe myself as a sheep in wolf’s clothing. I think I have my scandalous ways about me.
(Melanie Brown, 24, Lewisham)