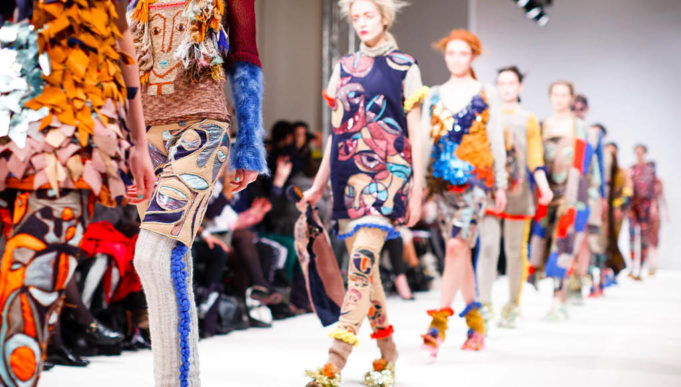 Ethical consumerism is a booming industry that continues to creep into the mainstream. In 2017, The Fairtrade Foundation reported that “ethical shopping is increasing” and a massive 77% of people in the UK admitted that fairtrade shopping is important to them.

Young shoppers and millennials are especially concerned about being more ethical, and the UK’s market for ethical products and services was reportedly worth £81.3 billion in 2017. As a result, more industries are starting to adapt to this changing consumer behaviour, in order to accommodate conscious shoppers. Here, we’ll look at a few ways this has happened.

More vegans have led to an increase in vegan food brands

More people are opting for a plant-based diet than ever, and Veganuary in 2018 saw a record-breaking number of people join in, with over 150,000 people taking part. The vast of participants were millennials falling between the 18 and 35 age bracket.

In order to keep up, more brands are offering vegan options and meat substitutes or adapting their recipes to draw in new customers. The popularity of vegan food brands is also increasing; companies such as Huel and Fry’s are expanding internationally in order to keep up with increasing demand. Since 2014, the vegan and ethical powdered nutritionally-complete food brand Huel has sold meals to over 55 countries, while Fry’s has reached its peak, releasing a range of meat substitutes around the world from humble beginnings in 1991.

This boom period for vegan food hasn’t gone unnoticed by supermarkets, who are now working hard to add more brands to shelves, as well as creating their own lines. Tesco, Asda, Waitrose, and Sainsbury’s are amongst the major supermarket chains that have launched own-brand vegan meals, with Tesco collaborating with chefs Derek and Chad Sarno to create its Wicked Kitchen range.

With ethical consumerism on the rise, it makes sense for more people to be aiming to adopt a zero-waste lifestyle—or at least start reducing the number of wasteful products they use on a daily basis. Consumers have started to buy products in bulk to eliminate wasteful packaging and do what they can to cut back on using plastic when out in public. There are now entire stores dedicated to the zero waste movement, which allow customers to fill their own jars, sacks, and pots, and pay for what they buy.

As the Guardian points out, “the leaders of this zero-waste lifestyle movement are young millennial women.” And they are stringently dedicated to the cause. One zero-waste blogger, Kathryn Kellogg, who runs lifestyle blog Going Zero Waste, even managed to fit a years worth of trash in one 8oz jar.

With the rise of millennial consumers making conscious choices about their purchases, larger companies have started to rethink the way they package and sell products, in order to appeal to the market. Wetherspoons has removed all plastic straws from its pubs. Supermarkets now charge for using plastic bags, encouraging customers to invest in cloth tote bags or to simply reuse the plastic bags they already have. Companies are even working on reducing manufacturing wastes, and Subaru has claimed that its US-based plant hasn’t sent waste to local landfills in over 12 years. Even Google has jumped on board the zero-waste trend and claims to reuse and recycle 86% of its non-data centre waste globally.

More and more people are interested in shopping with brands that share the same values as themselves. This could reduce the amount of waste we create as a society, as larger companies will be forced to think about how much waste they produce and consider new and innovative ways to reduce this, whether by promoting bulk-buying or by selling unpackaged produce.

Many traditional “luxury” items are not eco-friendly or fair trade. Leather, for example, is neither vegan nor fairtrade, which can be off-putting for the ethical consumers of today. However, technology has paved the way for consumers to still enjoy these goods in an ethical way. This can be done by using pineapple leather, or by purchasing lab-grown, animal-free leather. One company, Modern Meadow, can biofabricate leather using vat-grown collagen, taken from a strain of engineered yeast.

Even diamonds have started to be created in an eco-friendly way, with Diamond Foundry recreating the way natural diamonds are formed. The diamonds created in the lab make up just 0.01% of the gems in circulation, making them extremely rare. However, they are each unique, and created through the same process as traditional diamonds, except in a lab rather than underground. This ensures they are eco-friendly, and allowing them to not have the ‘blood diamond’ stigma attached that comes with mined diamonds.

It’s clear to see that traditional industries are having to change the way they do business in order to keep up with consumer habits. And with the trend of ethical consumerism rising amongst millennials, the future of shopping could be shifting quicker than ever.