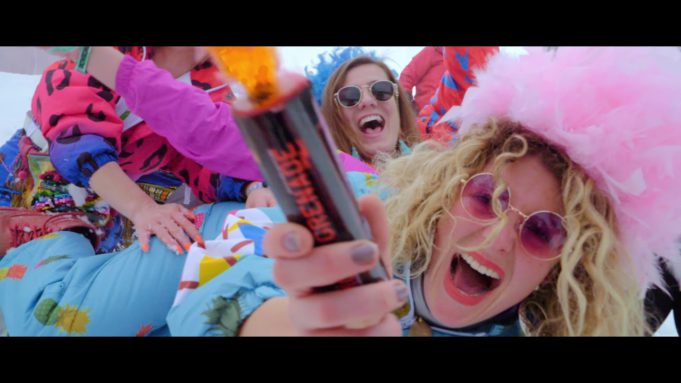 Just when you think there’s time away from it, it comes back with a flurry – by that I mean Snowbombing, which has announced dates, early bird packages and more for its 20th Anniversary next year! Promising its biggest edition to date, you can imagine that it’s going to be a big one!

For over 20 years, Snowbombing has lead the way as the pioneering home of snow, style and sounds. Becoming a landmark destination and experience for many thousands to tick off their bucket list, Snowbombing has served up weeks of pistes, parties and an unrivalled spirit that stands head and shoulders above any other European festival moment. Now, after 20 years of bringing the very best in dance, hip-hop, indie and more to the slopes – Snowbombing is set to mark the occasion by throwing the biggest birthday celebration ever seen on snow at Snowbombing 2019.

This monster of a birthday party will play host to big-time sets across stages and venues across the town, unmissable stunts and stunning mountain-top views, pop-up surprises and more tasty bites and beats from the legendary Hans The Butcher – there’s nothing quite like a proper Snowbombing experience, and 2019 will be recalled in years to come as the game-changer year.

Offering super early bird ticket opportunities, now is the time to snap up that spot on the journey to Snowbombing 2019 – offering the opportunity to grab the best accommodation and tickets before anyone else. First timers and returning ravers alike can get in on the action early and beat the rush whilst getting an amazing deal. Five nights’ accommodation plus a festival wristband starts at only £249 and all packages can be secured with a deposit of just £50+bf.

Snowbombing provides the chance to party in and experience unique environments including the Forest Stage, The Racket Club, Spas & Saunas, Paragliding, Chairlift Speed-Dating, Cable Car-aoke, Alpine Yoga, Cable Car Raves, Ride & Seek, an award-winning Snow Park, Musical Bingo and The Snolympics. Visitors can eat authentic Austrian cuisine in real restaurants or see the incredible sights of Mayrhofen from the skies whilst trying Paragliding, all with the opportunity to stay in incredible accommodation options. From 5* spa luxury hotels with rooftop jacuzzis, chalets, pensions and apartments in the heart of central Mayrhofen to pocket-friendly self-catered apartments and cheaper options in the surrounding districts and the Zillertal Valley, Snowbombing has something for everyone.

Destined to be the most talked about birthday party of 2019, The World’s Greatest Show On Snow is about to hit a whole new level with Snowbombing 2019. Go to snowbombing.com now