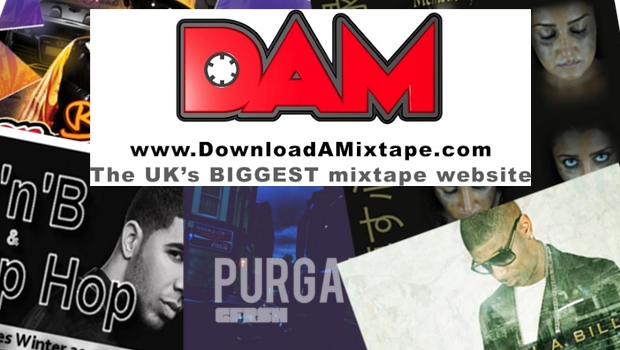 Whats good people? Welcome to the first official mixtape round up coming direct from the biggest mixtape website in the UK – DownloadAMixtape.com . OK enough with the bigging ourselves up and lets get down to business! Every month we’re going to drop a post on Flavour’s website going through the biggest mixtapes to be released that month and that therefore should be transplanted directly to your iPod or any other listening device you make use of.

First up we’ve got this brand new effort from Mr oiii Bashy. The mixtape continues Bashy’s newsagent confectionary theme and has entitled this one ‘The Crunchie Mixtape’, Bashy puts his recognisable flow over well known beats such as Monsta Man, Spaceship and Traktor, as well as giving his fans original material including the Ed Shereen featured – ‘Angels Can’t Fly’. On top of that one of the funniest comedian’s around Slim hosts it with a load of adlibs at the start and end of some of the tracks. The whole thing is put together by CJ Beatz  and you can download it here – BASHY – THE CRUNCHIE MIXTAPE – HOSTED BY SLIM

Next up the looooong awaited release from PDC member DVS. The UK Road Rap scene has been waiting for this one for a while and it doesn’t disappoint with solid tracks as well features from Krept & Konan, Ghetts, EXO USG and many more. An official album is slated for release next year so enjoy this one for free –  DVS – One In A Billion

Shifting slightly more to UK Hip-Hop from Road Rap and released only a couple days ago we have vowel avoider G Frsh’s brand new ep. A solid release of original material that could make an album – listen and love here – G FrSH – PURGATORY

We have all different genres on DownloadAMixtape.com, and one of the most listened to DJ’s on the site DJ Larizzle has dropped every type of mixtape from Dubstep to Afro Beats to Bashment. This month he’s hit hard with 39 tracks of the latest R&B and Hip-Hop, get involved –  DJ Larizzle – RnB & Hip Hop Exclusives Winter 2011

Finally our featured artist of the month is the soulful tones of R&B singer Xara. You may not have heard the name but you’ve most likely heard her voice, on adverts such as the Debenhams xmas ad from a few years ago. This new free album shows of quality R&B with well known producers behind the boards including one of Kano’s beatmakers Mikey J. Get involved and remember where you heard it first –  Xara – Memoirs Of A Breaking Heart

Coming soon – Look out for a new release from Kano next week entitled ‘Girls Over Guns’ which should be one for the ladies. Also Wiley and Whoo Kid have ‘Creating a Buzz Vol.2’ in the works, no release date for that but keep an eye out.

Thats it for now, remember to keep checking DownloadAMixtape.com for all your mixtape needs, 1000’s of mixtapes are available for stream or download. Artists or DJs its free to upload so get your material out there!! Til next time remember to DAM it!!!