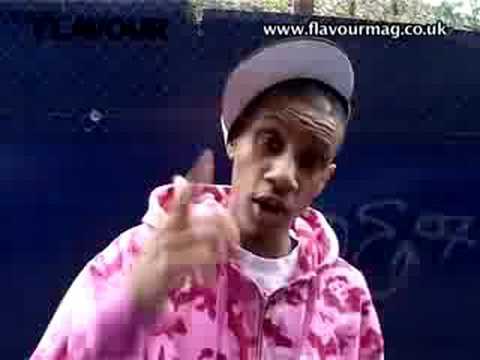 Far from a newcomer to the music industry, Dancehall act Mr Midas has been doing his thing on the underground circuit for a number of years now. Originally trying his hand at music production, Midas acquired the skills needed to become a qualified sound engineer, but soon realised that his strength was not in building beats, but in laying vocals over them.‘I decided to become an artist because my beats were whack, simple as that! I made beats and no one would spit on them, no one would sing on them, no one would do anything on them, so I decided to do it myself,’ admits the chirpy South Londoner. ‘When I would play my tracks to people, they would be far more interested in finding out who the artist was as opposed to the beat and that kind of made it hit home that maybe I should be an artist’ he continues. Now aged 25, the talented bashment veteran shows no regrets about making that decision.

Sunday morning star
Earlier this year Midas made it through from tens of thousands of hopefuls to star in T4’s popular Sunday morning show Musicool, a show which brought together 10 acts from various musical genres for 11 weeks to put on a one off musical. With the show’s success and Midas’ clear ability to entertain a mass and diverse audience, he was instantly propelled into the spotlight and his commercial fan base began to explode like never before. ‘I liked the fact Musicool was not just a black thing and I would not only be working with black artists on a black scene,’ he says. ‘It gave me the mass exposure that I needed and taught me a whole lot about myself. The show helped me see that for entertainment value, there is so much more that I can do other than just being on the mike,’ he excitedly continues.

In addition to starring in T4’s Musicool, Mr Midas also beat off some of the biggest names in urban music, including N-Dubz and Tinchy Stryder and won the coveted best newcomer gong at the 2007 Urban Music Awards quite an accomplishment for an unsigned artist. ‘To be nominated was one thing, but to beat everyone and actually win the award was kind of like wow. As an artist you sometimes think why the hell do I do this? And things like winning the award make you think ok that’s why I do it,’ he confidently smiles. With hot new single Play like a Piano, produced by J.D (aka The Dready) released in Jan and the video for it being shown in Footlocker stores across the UK, Midas seems to be showing no signs of stopping anytime soon. The rising star’s debut album It Only Takes One Moment is set follow in the coming months and promises energy, versatility, loudness and dancehall, and we would expect nothing less from this gifted go getter.