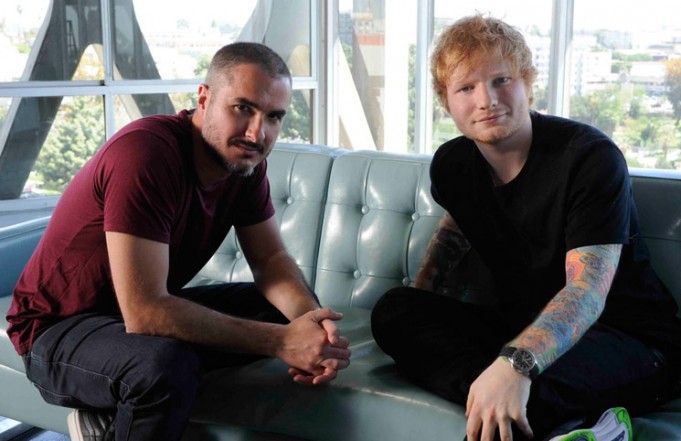 It’s been a few years since Zane Lowe hosted his last MTV show and even though the BBC radio 1 DJ confesses “I had no interest in doing another TV show, no one was kicking down my door”, director Ross Cairns has joined forces with him again, for their latest programme “Soundchain”.

Soundchain takes 7 bands and each week looks at their journey from “Nas” Zane hesitantly breaths the words; “He’s a G.O.D, one of the kings of New York” to Jake Bugg who “I wouldn’t argue with him, he’s like a young guy trapped in an older musicians body”. Zane does give away one little spoiler alert at the London relentless Q&A session today (25th June) about “Chase & Status” who apparently have the biggest discovery of all the bands for us to find out about! Scheduled to broadcast on July 6th, Zane Lowes enthusiasm for the show is as infectious and pulsating as music itself. He allows us to step “inside the bubble” , (which is what director Ross creates around Zane when he’s interviewing) and tells Flavourmag that the show creates some historical content with A mix of live recorded music, in depth interviews and the history behind the artist.

In these times of “immediate” society and so much music online content to pick and choose from, Zane, being aware of this says “If we are not contributing something that is investing to the music, adding to the bands journey and listeners experience, then we don’t want to do it . You do it because you want it to be amazing and the next thing”.

Sound chain promises to Keep it real and try not to invent new things. “Everyone’s racing to try and invent new things that if you get the right subject and matter, it could be a compelling watch. Let’s make the best show using that approach.”

Zen Lowe and Ross Carins are clearly thinking about the future by “putting a pen in the timeline” for people to watch to go back to so that in 50 years time, we know what happening right now.

“it’s quite rare to sit down with someone like Ed Sheeran and say, alright, let’s go back, because he’s too busy thinking about going forward”. Maybe they too are as guilty at looking to the future as Ed Sheeran?!

As Zane Lowe asked Rick Rubin in his recent interview “What’s next ? ” We asked Zane what bands are next for Soundchain? “Maybe the foo fighters, Deadmau5, Eminem”!? This is a journey that the viewers can interact with too via the relentless social media sites #sounchain

So thanks Zane and MTV for bringing a Music show with integrity to our shows – Flavourmag will be watching and we will hope that you will be too.