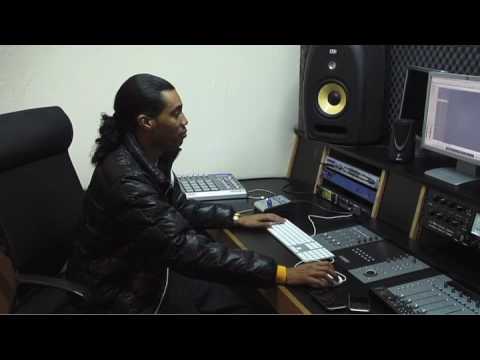 After the success of the massive funky smash ‘In The Air’ ft Katie Pearl, production duo Perempay & Dee are ready to tear down the raves this coming holiday season. Graced by the return of award winning UK artist Shola Ama, their new single ‘DJ Play’ will surely be on the top of your Christmas list…

This was your first time all working together. What was the chemistry like in the studio?
P: Shola originally came to vocal another tune. As soon as she heard this track we just vibed to it and it went from there.
S: The song just came naturally. We didn’t want to think about it too much so we just let it flow and let the melody guide us musically.

The last single was ‘In The Air’ with Katie Pearl. Big Tune which was dubbed ‘The Ayia Napa Anthem’! Were you expecting that kind of success on your first team production?
D: We tried not to predict its success but you make it in order for it to be successful. You don’t make it hoping that nobody will play it! In that respect we hoped it would be big, but did we expect it? Not really…
P: He’s being modest as usual! We made the song and left it for a long time until we thought it was ready. Started giving it to DJs and it just blew up in the rave scene overnight.

In 2000 you released Imagine, one of the biggest UK Garage tunes to date. Since then Garage has turned to Grime, and from Grime to Funky House. Tell me what you think of the scene now?
S: In my career I’ve been blessed enough to work with big producers in the States but I’ve also worked with a lot of people from the UK. People would ask me “Why are you working with Terror Danjah?” and I’d say “Cos I think he’s talented and I like what he does”. I’ve always respected what goes on in the UK and now it looks like the scene in growing and young artists are having huge successes because of it. Even behind the scenes fresh young minds are coming into the music business and I love that.
D: All the genres in our scene have become so much more patriotic about our own music. A few years ago every other big tune was an American song, whereas now, we only want to hear our own stuff!
P: It’s true. The DJs are a lot more supportive of the UK. There was a time when they weren’t playing hardly any UK music.
D: And now they know they’re out on a limb if they don’t play our stuff. They gotta be involved! Give me your top 3 UK artists at the moment.
D: (Silence) That’s a technical question! I don’t like technical questions!
P: Top 3? Perempay, Dee and Shola!
All: [Laughs]
S: I can’t pick a top 3. I’ve tried doing it genre by genre so for me to choose out of the whole UK music scene, forget about it! I am feeling Paloma Faith right now. She’s sick!

Perempay & Dee Vs Crazy Cousinz?
D: We’re all family trying to head in the same direction so it’s not really a competition thing.
Giggs ft Shola Ama – Cut Above The Rest. I think that surprised a lot of people!
S: You want to know where the incentive came from? I was at a show where Gigg’s street team were handing out t-shirts. I took a picture in one which ended up as my Facebook profile picture. Gigg’s saw the picture and wrote ‘Nice t-shirt’. He told me he wanted to work with me and next thing you know we’re in the studio! My son is a big Giggs fan so I brought him to the studio when we did the track.
D: Many artists who have had her level of success refuse to work with ones who are still coming up but that’s not what it’s about. Shola has always been involved.

Tell me about the plans you’ve got for the near future.
S: Me and Giggs are recording another track called Blow produced by Dee and it’s pretty damn good! [Laughs]
D: It’s Shola and Giggs. They smoked the game!
P: It’s heavy.
S: There’s a track on the way called Never Say No featuring Wretch 32. I’m talking about working with Skepta and Ghetts too.

Have you guys got any plans for Christmas?
S: I wanna spend Christmas in New York with my family.
D: For Christmas I’ve got some songwriting sessions in Sweden! [Laughs]. I know what you’re doing Perempay!
P: I do the DJ thing through Christmas so we clean up round that time. That’s my favourite raving period. It’s a lot!

UK Production Maestro DaVinChe/ Perempay has today released a 3-Step Guide to Tracking Vocals in the studio and a 5-Step Guide to Sampling. DaVinChe offers relaxed guides to relatively simple production techniques that are just as simple to get wrong.

The guest vocalist in the 3-Step Vocal tracking guide is none other than R & B sweetheart, Shola Ama. Below is the 5 step guide.

DaVinChe’s 5-Step How To Guide: http://www.youtube.com/watch?v=HFhroGLPYPQ (How to make a beat using a sample in 5 steps).

This is one of many forthcoming guides where DaVinChe will effortlessly tackle production methods, making it good viewing for not only budding producers but music fans interested in a little studio insight.

DaVinChe’s How To guides, come just days before the video release of his next single, ‘Hero’ featuring Cleo Sol.