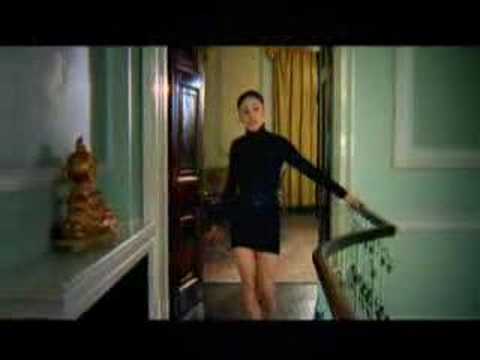 Walking out on one of the most successful British groups must have taken some guts. Looking back two years later Mutya Buena has no regrets. Speaking frankly about Sugarbabes, and motherhood, this pretty 21-year-old voices her anxieties and excitement on embarking on her solo career.

How hard was it for you to make the decision to leave the Sugarbabes?
There are no regrets. It did get quite hard trying to juggle two important things in my life but I choose my daughter. I enjoyed every step with the Sugarbabes and they’re doing well, so nothings missing.

Was it at that stage that you had aspirations of becoming a solo artist?
No, I had no intentions. When I decided to leave I didn’t think I’d be able to get back into the industry so easily. I pretty much just wanted to do some writing and producing then Island Records gave me the opportunity of a solo career.

How have Keisha and Heidi responded to your solo career?
They’ve been really good. I saw Keisha not so long ago but I haven’t spoken to Heidi for over a year now. I still know and talk to some of the people that look after them and everyone’s pretty much cool. No hard feelings I hope.

How does it feel being a solo artist as opposed to not having the support system of group members?
When I did my first proper show at Borderline it was so nerve wrecking. I hate talking. That’s the worst part of it all, knowing I’m gonna have to talk to the audience. I’ve also noticed the difference in the crowd too. There were a few Sugarbabes fans that I recognized but the audience was very diverse which was fantastic.

Tell me a about your album Real Girl. Did you feel compelled to distinguish a different sound in order to not be typecast as just the ex-Sugarbabe?
The album is out now and there’s about 12-13 tracks. There’s a track with Groove Armada a 80s electro- fun track and I’ve also got a few slow jams, where I get to show my vocals off a bit more. Then there’s my debut single Real Girl where I’m using the old Lenny Kravitz hook. I wanted to keep it really diverse. I love my R&B and funky house but from being in a girl group like Sugarbabes people would look at me as if I was mad if I broadened myself out too far.
I’ll always be classed as the ex-Sugarbabe but it’s nice to be able to now make a name for myself. Its funny when we were younger the music was rawer and older sounding, as soon as we got older everything became a lot more poppy and younger. That’s not the direction I wanted to go. With this album I wanted to make more vocal tracks where you can hear my voice and my range.

Are any of the tracks based on any real life experiences?
Yes, I suppose they are. I like singing about songs that mean something to me. I didn’t try to pinpoint anything at the girls but I believe it’s nice to let people know that I’ve picked myself up.
It’s been over two years now and I’ve learned a lot about myself. Now I’ve been able to come across as my own person. I’m a lot happier.

Do you have any favourite tracks on the album?
I love Suffer for Love. I’m a slow jam queen. We wrote that with two great English producers Ali & Gus. That was the very first track that I wrote for the album. It’s got a nice meaning to it.

How has it been juggling solo career and motherhood?
My daughters 2 now. It’s been really easy for me for the past year. She’s definitely done me justice and calmed me down a lot. There’s a lot I can relate to now. I think there’s things I look back on and I’m like oh my God how did I even do that (giggles). She’s done me so much justice I mean as terrible as she is right now she makes my day.