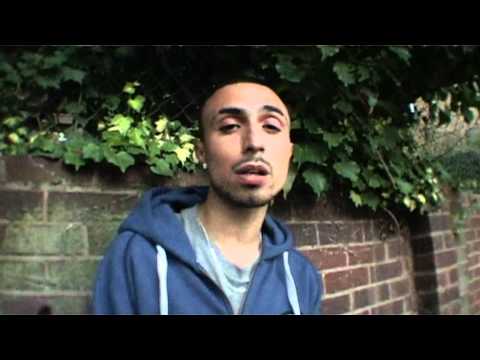 The stars of Anuvahood on the movies they love to watch…

The city of London has provided the backdrop for many popular movies. With its unique and eclectic mix of historical and architectural locations, no matter where you travel in London, you are no more than a stone’s throw away from a film location. Now, our best-loved celebs don’t just star in the movies, they watch them as well. So Flavour took some of the Anuvahood cast on a tour around the sites of this beautiful and cosmopolitan city as they told us about their favourite films… Michael Maris
I’ve got many favourites, but one I’ve been feeling of late is Paid in Full with Mekhi Phifer, and Cam’ron is in it too. It didn’t have a massive big budget, but I really related to the story and really enjoyed it. It shows a different lifestyle and why people do certain things. You begin to understand and even feel for the people from that type of environment. It’s a bit like a film I wrote called Victim – you find yourself being able to empathise with the characters, irrespective of what they have done or do. I’m more about that. I’m not really into the science fiction and all the madness; I like the real stories and following the journey of the characters.

Jocelyn Jee Esien
I’m going to have to say The Long Kiss Goodnight, staring Geena Davis and Samuel L Jackson. It’s an action movie and it’s actually what the Bourne Identity, Supremacy and Ultimatum were all based on, but with a woman in that role. Geena Davis plays this assassin who loses her memory and then spends the rest of the film trying to find out what she did in the past… she is wicked in it.

Mz Bratt
I’m a movie fanatic. I love thrillers – that’s my favourite genre because those types of films tend to make you think. City of God, Leon and Apocalypto were amazing. Richie Campbell
A film called 12 Angry Men. For me, that is a true actor’s film. It’s just straight acting; there are no fancy sparks. It’s an old film, and basically about a jury and they have to deliberate on a case and work out whether the accused is guilty or not guilty. All they really do is talk. And there is this one guy who goes around persuading everyone that the accused isn’t guilty… It is really powerful in the way that it’s done. It’s set in one room and it’s just people deliberating and talking, but it really gets you thinking.

Eddie Kadi
My favourite movie is The Shawshank Redemption, simply because Morgan Freeman and Tim Robbins are fantastic in it and it’s a very emotional film. I love watching those kind of prison films and character films. For some reason I really got attached to the characters in that film. The end was not predictable at all, which is one of the things that made it so good for me. Every time I watch it I still enjoy it in the same way.

Aisleyne
The Notebook because it made me sob my eyes out – and I never cry. Anything that can evoke that kind of emotion from me, I’m all for.

Portia Freno
The Power Of One. It’s a really old, amazing film, starring Morgan Freeman. The storyline is real deep and complex. Not that many people have seen it, but they should! Anuvahood is available to buy on DVD from July 4 Get it for your collection, as it’s a bad man film!