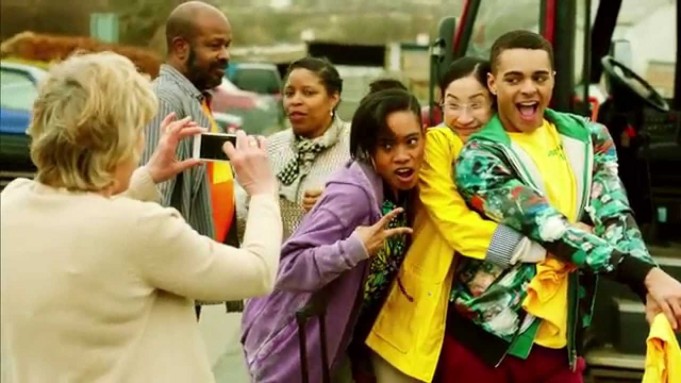 Each week, as Flavourmag’s resident Film Editor, I bring you my weekly roundup of new movies out in cinema. What a poor week we have for films, At this point I would urge you all to save your hard earned cash if you fancy seeing any I would wait till it comes out on home release.

After moving to the French countryside with her husband (Jason Flemyng), a British beauty (Gemma Arterton) draws the attention of a local baker (Fabrice Luchini), a young playboy and her magnetic ex.

Gemma Bovary seems to have confused itself over what it wanted to be, a serious drama, a comedy or a sexually romantic romp. Even a charming performance from Gemma Arterton can’t make up for the fact this film is just a bit on the empty side with a very weak supporting cast. This could have been a clever film, but it leaves one feeling a little flat.

Alfie Wickers is probably the worst teacher to (dis)grace the English education system, but no one cares about their pupils quite as much as Alfie does. Having completed their GCSEs, Alfie is keen for his class to join him on one last hurrah and what follows is a coming of age story like no other, the best school trip ever!

This spin-off of the TV series takes to the big screen in pretty much the same form with the likes of Jack Whitehall, Matthew Horne and Jeremy Irvine all starring. Think the Inbetweeners and Kevin and Perry Go Large and get the idea of where this film will take you.

In the aftermath of the shocking events in “Sinister,” a protective mother (Shannyn Sossamon) and her 9-year-old twin sons (real-life twins Robert and Dartanian Sloan) find themselves in a rural house marked for death.

With Sinister 2 you’re going to get pretty much the same as the first film but with less star pulling power, Were the first had Ethan Hawke this has a pretty unknown cast, but they do try. Blumhouse may just need to switch it up and bit and make their horrors a little less predictable.

Remembering fond, childhood memories of his trip to Walley World, Rusty Griswold (Ed Helms) surprises his wife (Christina Applegate) and two sons with a cross-country excursion to America’s favorite fun park. Following in his father’s (Chevy Chase) footsteps, Rusty and the gang pack up the car and hit the road for some much-needed family bonding. Soon, the promise of fun turns into one misadventure after another for the next generation of Griswolds and anyone who encounters them.

Vacation is crude, at times vulgar and vaguely humorous film that should be left to sleep a peaceful sleep and give the rest of us a vacation from a tired old storyline.

OUR PICK OF THE WEEK: At a push THE BAD EDUCATION MOVIE.