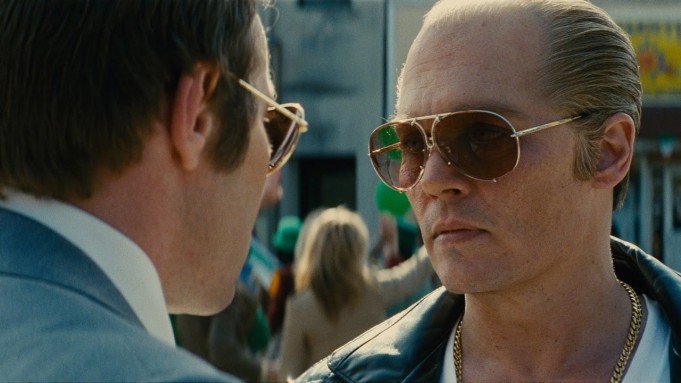 We’ve got three big hitters gracing the big screen this week, all very different but all will give you great value for your hard earned cash. We had a hard time picking our recommendation for the week but there is bound to be something for everyone. Choices this week is a 50’s Lesbian Love Story, a 70’s Gangster story and a compelling tale of Spies.

A young woman in her 20s, Therese Belivet (Rooney Mara) is a clerk working in a Manhattan department store and dreaming of a more fulfilling life when she meets Carol (Cate Blanchett), an alluring woman trapped in a loveless, convenient marriage.  As an immediate connection sparks between them, the innocence of their first encounter dims and their connection deepens.

While Carol breaks free from the confines of marriage, her husband (Kyle Chandler) threatens her competence as a mother when Carol’s involvement with Therese and close relationship with her best friend Abby (Sarah Paulson) comes to light.  As Carol leaves the comfort of home to travel with Therese, an internal journey of self-discovery coincides with her new sense of space.

Carol may seem to burn slow, but it is tantalisingly intoxicating from the period costume to the scenery, even the way in which smoking a cigarette just seemed elegantly sexy in the 50’s all seems so authentic.  Its velvety tone is full of dignity and respect, a beautiful homage to a story of obsessive forbidden love.

In 1970s South Boston, FBI Agent John Connolly (Joel Edgerton) persuades Irish mobster James “Whitey” Bulger (Johnny Depp) to collaborate with the FBI and eliminate a common enemy: the Italian mob. The drama tells the story of this unholy alliance, which spiralled out of control, allowing Whitey to evade law enforcement, consolidate power, and become one of the most ruthless and powerful gangsters in Boston history.

One thing we love about Depp is he doesn’t take those commercial roles so many others sell out for and he completely excels in this role. His performance is absorbing. Black Mass is your conventional gangster film we are used to but with a deeper story, one which is completely different from the trailer so don’t be fooled. The ending is a bit of an anti-climax too. It’s a bit of a somber one so be warned.

The story of James Donovan (Tom Hanks), a Brooklyn insurance claims lawyer who finds himself thrust into the centre of the Cold War when the CIA sends him on the near-impossible task to negotiate the release of a captured American U-2 pilot.

A Bridge of Spies is joyously compelling, touching and uplifting! The cinematography is beautiful. It’s also touched with heart-warming humour to break up the film from being too heavy. Hanks, is a pure joy to watch.

OUR PICK OF THE WEEK: BRIDGE OF SPIES.