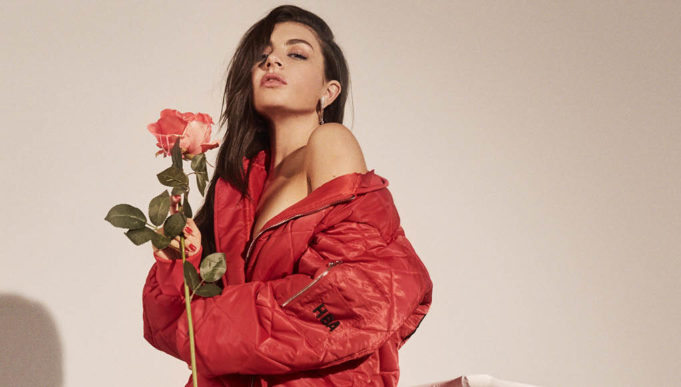 Joining some of the biggest names from around the globe, chart topper Charli XCX will rock the Plymouth Hoe on day one, whilst Club MTV will host Duke Dumont B2B Gorgon City on day two, as they perform their brand new single together for the first time ever!

Pop trailblazer, Charli XCX, first shot to stardom in 2013 after co-writing and featuring on Icona Pop’s huge UK/U.S. Top 10 anthem, I Love It. From there on, Charli has become one of the most sought after, forward-thinking figures in modern music and has since landed collaborations with the likes of Iggy Azalea and Rita Ora and penned songs for pop royalty including Blondie, Selena Gomez and Will.i.am. With two critically acclaimed albums under her belt – 2013’s True Romance and 2015’s SUCKER (the album spawned her huge international smash Boom Clap) – Charli unveiled her Number 1 Angel mixtape this March.

“I am really excited about performing in Plymouth. I love going to new places and meeting new fans. But I’ve just found out that I’ll be performing on the Hoe, by a big red and white lighthouse, singing across the ocean with Busted. I am a HUGE Busted fan – the Year 3000 was a great song. I think this could be the best day of my life!”

Also taking to the stage on day two, are two of the most powerful names in modern-day dance music, Duke Dumont B2B Gorgon City, who have joined forces for Real Life featuring NAATIONS. Inspired by the beautiful Balearic setting of Ibiza, the track is set to be a summer anthem on the white isle and beyond!

The prolific duo, Gorgon City, have sold in excess of 2 million combined singles and albums worldwide. They have completed multiple sold-out UK & USA live tours and have taken their KINGDOM DJ events across the globe. Preparing for a busy summer, Gorgon City will be heading back to Amnesia, Ibiza for their headline residency and playing live shows at SW4 Festival, Boardmasters and V Festivalwhere they’ll be headlining the dance stage.

Duke Dumont has released a hat-trick of massive UK hits – two UK #1’s with the Grammy-nominated Need U (100%) featuring A*M*E and I Got U feat Jax Jones, followed in quick succession by #2 record Won’t Go Back. Amassing 1 billion combined streams across his release history to date, Duke Dumont has played one of the most pivotal roles in making UK Deep House the global juggernaut that it is today. Most recently, the UK titan has produced and co-written the huge new single from Katy Perry (featuring Nicki Minaj) – Swish, Swish. Now residing in Los Angeles, his strong work ethic echoes throughout his extensive touring schedule. Throughout the rest of 2017, Duke will see out an American and Australian tour, as well as several Ibiza dates in between including his residency at Together, Amnesia.