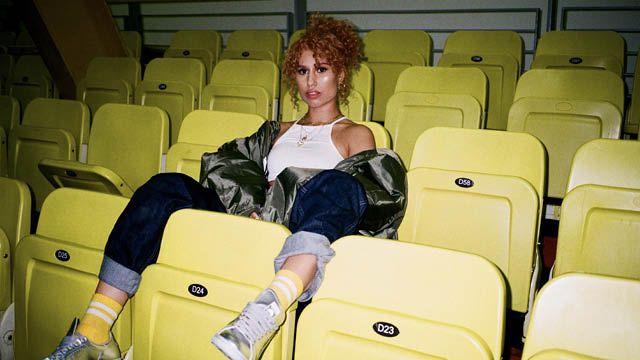 Singer Raye has released the video for her new track ‘I, U, Us, which was directed by singer Charli XCX.

With ‘Distraction’ and ‘Ambition’ featuring Stormzy whetting appetites over the past few weeks, South London newcomer RAYE is ready to drop her new EP and feisty lead single ‘I, U, Us’. Today she premieres the accompanying video directed by none other than Charli XCX – who also co-wrote the track – in the Sucker superstar’s directorial debut.

RAYE first met Charli in Los Angeles earlier this year and the two hit it off instantly, and began writing together for each other’s projects. ‘I, U, Us’ was the fruit of one of their first writing sessions together.

“We had the most fun, we were jumping around in the studio like little kids when we wrote ‘I, U, Us’. The song is me empowering myself and making myself feel bigger and better than the person who tried to make me feel small. I was chatting with Charli and she had a vision for the video so it was obvious to me that she should be the one to bring that to life. She’s never directed before but she’s a creative genius and totally on my wavelength. It’s about me feeling free and letting loose with my boys, and Charli nailed it.”

“When RAYE asked me to direct this video I was so down. She’s one of my favourite people to collaborate with right now. She’s a total star and an amazing subject to work with. I love her and really enjoyed making this video with her.” A theme of empowerment runs throughout the Second EP. The new EP sees RAYE showcase the fierce songwriting talent that has had her working with the likes of Two Inch Punch, MNEK, Labrinth, Emeli Sande, Illangelo, Wretch 32, Jimmy Napes and Alex Da Kid as well as co-writing Blonde’s recent Top 5 smash ‘All Cried Out’ – and she is still only 18 years old. “It’s been a long process of being very critical, personally, looking for the right sound. I just wanted to find my own. This EP really embodies what I’m all about and I’m really proud of it,” RAYE affirms.

Alongside the EP release, August also sees RAYE launch her Second clothing line, which is available at raye-music.com.