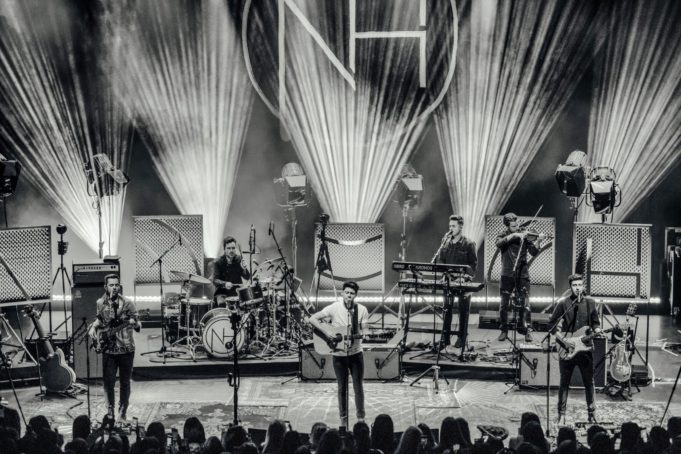 Niall Horan’s show was one of the most anticipated shows of the year since it was announced, Fans flew from all over Europe to see Niall perform as a solo artist and many of them camped out for the chance to secure the best spot in the house!

I mean fair play to them, camping in Shepherds Bush? I’m definitely not brave enough for that and Niall being the gentleman he is, sent his security out to buy these die-hard fans cakes, coffees and even breakfast to make sure they were all comfortable before the gig later that day.

On Thursday night, Niall took to the stage at the Shepherds Bush Empire showcasing his new album ‘Flicker’ which we’ve all been dying to hear… RELEASE IT ALREADY FOR THE LOVE OF GOD.

We’re not here to talk about 1D, we’re here to talk about how great Niall’s music is and oh boy did he show it! If you weren’t a fan of One Direction, please don’t let that put you off from seeing Niall live. I wish Niall had a few more shows in the UK because I would have gone and watched it again, without a doubt.

From being a 1D fan prior to his solo show, some people might say I’m biased but seriously he is totally worth watching. Niall has this incredible stage presence which is sometimes rare to see and his interactions with fans made it even better. I was shocked to hear that he was playing at a smaller venue than what he’s used to. I can definitely see Niall selling out The O2 and I’m looking forward to seeing those tour dates next year Niall… (HINT HINT)

I personally think Niall is seriously underrated and he deserves a hella lot of appreciation for this album. Each track was beautifully written and played. My all-time favourite has to be ‘On The Loose’, this track is something else and I wish this was his next single.

I can’t wait to see what’s in store for him, whatever it is, it’s only going to get better.