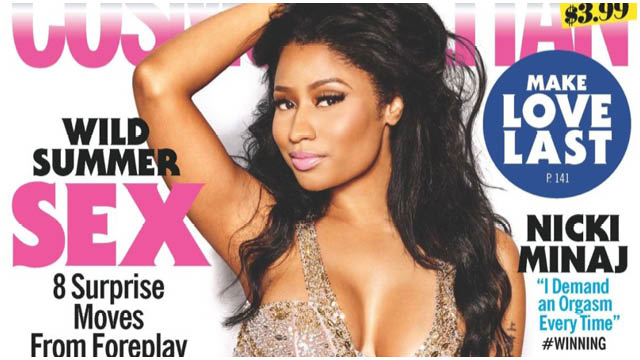 The ‘Feeling Myself‘ music video star’ rapper Nicki Minaj graces the cover of Cosmopolitan, showcasing her curves in a glittering bodysuit. Photographed by Matthias Vriens-McGrath for the photo shoot, Nicki gets patriotic in one image standing next to an American flag and wears a happy face swimsuit in another. And Roberto Cavalli has launched its official campaign video for the spring-summer 2015 season starring rapper Nicki Minaj. In the film, directed by Francesco Carrozzini, the babe poses in bohemian dresses with a short bob wig, dancing to a sensual beat.