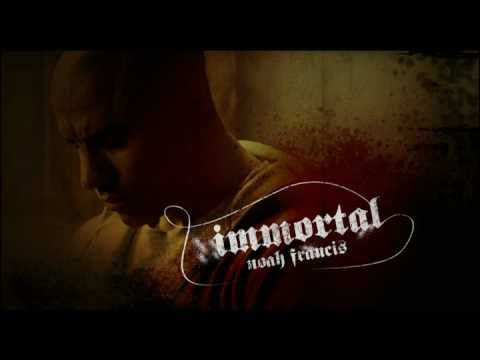 The highly anticipated debut single, “Immortal”, from NOAH, which features members of the critically-acclaimed rap group The Wu-Tang Clan KILLA BEEZ, will finally arrive in the UK on December 6th.

Noah has been described by Q Magazine as “Genius” and  NME said “Noah has the funk of the Red Hot Chillis and the Soul of Marvin Gaye,” whilst Time Out Magazine boasts Noah is “A better singer than David McAlmont and Seal put together.”

“Immortal” is the first single off of Noah’s forthcoming album, “Five Decades Below”, which is due for release in Summer 2011. The song’s epic video (directed by Noah and filmed at Pinewood studios) is tipped to be an award winning sensation.

The leak of Noah’s music resulted in a YouTube explosion of over 40,000 views in just 48 hours , which garnered the official You Tube badge for the Top 100 Most Viewed videos.  The excitement and thrill of this work of melodic art already has fans in demand for an upcoming live tour.