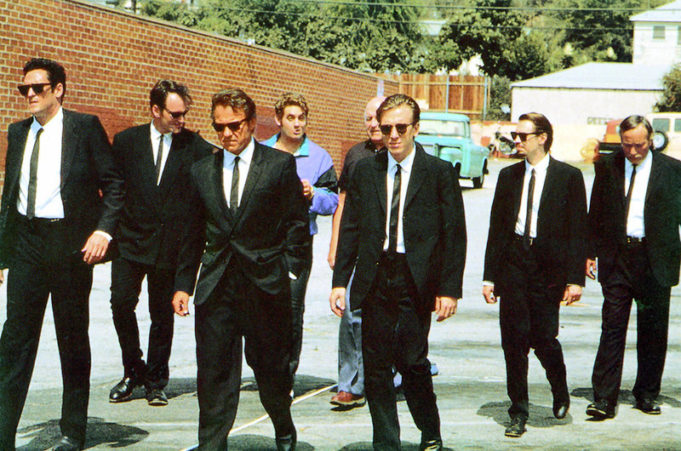 A motley crew is defined as an assembly of individuals of various backgrounds, appearance, and character that come together for a single cause.

Utilising this as the centrepiece of a narrative has been a hallmark of cinema for many years now, leading to some of our most beloved films across countless genres. An engaging and original motley crew forms much of the appeal of Patti Cake$, which follows a girl from Bergen County, New Jersey who is fighting to become a successful rapper. With the film hitting cinemas on September 1st, we thought that now would be the perfect opportunity to round up the greatest motley crews in film history. Not only did James Cameron achieve the impossible by creating a sequel to a beloved film that matched its brilliance, he somehow managed to assemble an even greater motley crew to lead his story. Sigourney Weaver’s iconic Ripley is joined by an extensive roster of unique and engaging characters, from the badass tag team duo of Pvt. Vasquez and Pvt. Drake to the cowardly Paul Reiser. This is not to mention Bill Paxton’s gloriously unhinged and hilarious Hudson – think the famous knife scene with Bishop or simply ‘game over man, game over.’ Aliens may be a great action film but it is made one for the ages by the quality of the characterisation and character interaction throughout. In Quentin Tarantino’s directorial debut, he brings together a number of career criminals all under the codenames of colours. Most of them only enjoy a small amount of screen time and we are left largely in the company of Mr Pink, Mr Blonde and Mr White; three individuals of vastly different temperaments and attitudes. With one defined by his pragmatism, one by his insanity and one eventually by his morality, this leads to some truly invigorating and exciting cinema. Throughout his career, Tarantino has become known as the master of lengthy but entertaining conversations about trivial subjects. Easily ranking amongst his best is the motley crew of Reservoir Dogs discussing Madonna and tipping in the opening scene of the film. The Usual Suspects is undoubtedly one of the most iconic films of the 1990s, and this is significantly down to the crew of misfits that carry it. Centred on five criminals who are seemingly thrown together in a holding cell by fate, the film is constantly brought to transcendent levels of entertainment through the eccentricity of the characters and calibre of performances at the story’s centre. This includes Stephen Baldwin’s crazed McManus and Kevin Spacey’s Verbal in a performance that very deservedly won him an Oscar. In fact, it arguably remains his finest role to date. Tarantino’s second entry on this list and for good reason – he knows how to create a film around a bunch of idiosyncratic characters interacting in unpredictable scenarios. This is certainly true for the titular Basterds of his revisionist war film; a group of Jewish Americans who go behind enemy lines dressed as civilians. From Brad Pitt’s Aldo Raine to Eli Roth’s Donny Donowitz, each character is more ridiculous than the last and all the more entertaining for it. If you need proof of how masterfully this film presents its motley crew, just revisit the famous premiere scene where they are attempting (and failing) to pose as Italian filmmakers accompanying Bridget von Hammersmark. Patti Cake$ joins a great canon of films to feature a brilliant motley crew and in bringing together an array of characters, the film is as eclectic as they come. Patti a.k.a. Killa P, a.k.a. Patti Cake$ is joined by her grandmother who helps her to confront the endless haters, unpaid bills and broken dreams in her life. They are joined by Patti’s best friend, biggest fan and hype man Jheri as well as Basterd, a mysterious musician and a classic suburban Goth kid who lives and makes music alone until he meets Patti and Jheri. Together they create an unstoppable team, PBNJ. It is an extraordinary ode to misfits and friendship that is constantly elevated above similarly themed films by the singular brilliance of Danielle Macdonald’s performance.

View the Patti Cake$ trailer below