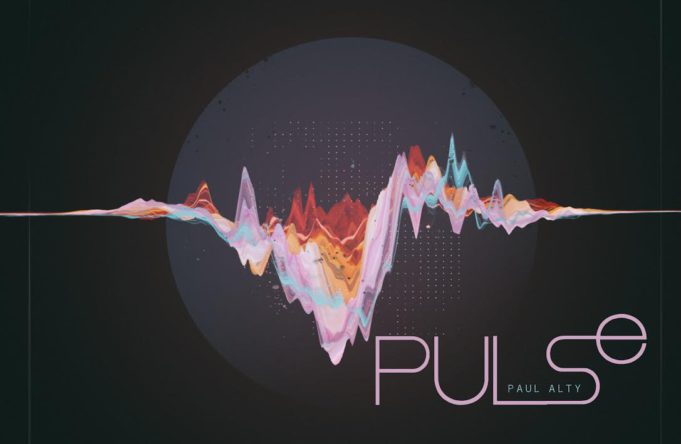 Liverpool based electronic artist Paul Alty is set to release a new solo album on WaxApul Records in June 2018.

‘Pulse’, recorded and self-produced in his own hometown studio features eight brand new beautifully crafted and uplifting tunes from club bangers ‘Dark Elements’ and ‘Modular Monstar’ to the chilled out cinematic feel of ‘Ultraviolet’ and ‘Sequence B’. The follow up to last years acclaimed  ‘Explorers’ EP and ‘Elements’ single release, the new long player will be available digitally at all the usual major outlets.

Obsessed with music from all different eras and genres from at a very young age, the multi-talented Paul Alty is a completely self-taught musician who has also built his own home studio. He began playing with just the one keyboard in 1998 and simply wanted to emulate Jean-Michel Jarre, but it was watching a TV performance of Madonna’s ‘Frozen’ that really peaked his interest in synths. He’s since been inspired by artists such as Moby, M83, Willian Orbit, Mirwais, Royksopp, Faithless, Underworld, Orbital, Leftfield, Deadmou5 and Goldfrapp, he also admires Bicep, Nicolas Jarr and Stephan Bodzin together with Vivaldi, Handel, Debussy, Tchaikovsky, Holst, Faure, Greig and more recently Karl Jenkins

Also citing contemporary pianist, Ludovico Einaudi as a considerable influence on his approach to the structure, layering and harmonics and melody of sound, Alty has also written music and sound design for theatre and presented a track as an art installation at the Tate Liverpool at their Imagined Museum programme.

A truly innovative and prolific electronic producer, Paul Alty is set to follow the ‘Pulse’ release with the second part of his  ‘Behind The Clock’ trilogy of albums later this month.