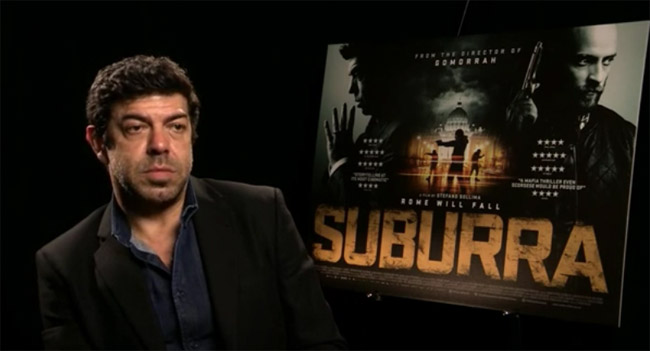 Pierfrancesco Favino, one of the most famous Italian actors of our day, sat down with our film editor Zehra Phelan to have a chat about playing corrupt politician Filippo Malgradi in the Mafia Crime Thriller Suburra.

Favino has starred as the protagonist and was also the film’s producer for “Without No Mercy” presented in 2014 at the Venice Film Festival in the Horizons section. He has also been involved many American productions: Night at the Museum, The Chronicles of Narnia: Prince Caspian, Angels and Demons, Rush and World war Z. He has also signed on for the second series of Netflix’s Marco Polo. This year will be his first participation in a French film with “Une mere” by Christine Carrière.

He earned critical acclaim and widespread attention for “The Last Kiss” by Gabriele Muccino and “El Alamein” by Enzo Monteleone, which earned him a nomination for Best Actor at the David di Donatello awards in 2003. In 2004 he was a cast member in “The Keys” by Gianni Amelio, (presented for competition at the 61st Venice Film Festival).

Suburra is in cinemas June 24.