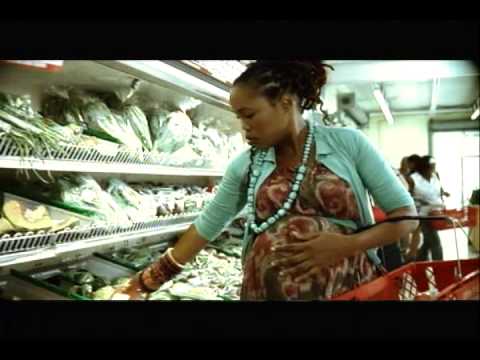 She really is much more than just another reggae artist, and her music does more than simply produce sound waves through your speakers. It touches your heart and stimulates your mind. Queen Ifrica’s songs have covered topics from love to abuse, and the singer simply feels that there are just some topics she really can’t turn her back on. Born and raised in Jamaica, Queen Ifrica’s music career really took-off back in 1995 when she wowed spectators at a talent contest in Montego Bay.

Fast-forward to 2009 and she‘s still getting love from listeners, not to mention releasing her ’Montego Bay’ album. However, with her music being so rich and powerful in its messages, at times not everyone has been able to accept the songs she writes.

Certain radio stations tried to stop your single ’Daddy’, which addresses the topic of child molestation, from being aired. You couldn’t have been too happy about that?
It was disappointing when they actually wanted to ban that song. However, the love from the people in public places was what kept me going, in terms of giving me encouragement to say that it was worth it.

It was a good thing. Because stuff like that really does affect us negatively in society whether we wish to accept it or not.

Are there any topics you wouldn’t talk about through your music?
The killing of people and preaching religion and dictating to people how to live their lives. I don’t want to do topics like those. My thing is about uplifting people in any way I can.

Which artist would you say has been the most enjoyable to work with?
It’s not that I’m biased but Tony Rebel I enjoy working with most of all because of how he had put himself out to accommodate me in coming into the business. And to show me all that he had learnt. So, that’s something special, not everybody’s willing to do that. There are many others.

Have you always wanted to be a music artist?
I would say so. I mean, Derrick Morgan is my Dad. And for those who know Derrick Morgan he’s one of our living legends in music. So, it’s a part of my bloodline.

What would you say is the best thing about what you do?
I love it first of all. And I spend an hour or maybe a week to write a song. When it comes-out there are many different types of people all around the world who embrace the words I choose to use, and makes me feel very encouraged to know that there are many people in the world who have the same view that I share in my songs and it makes me feel good to know that.

What should we expect from your latest album ‘Montego Bay’?
It has message. It has fun. There’s a little of everything. It’s danceable, but you can still have a conversation based on the topics that I choose to sing about.

My favorite track from the album would have to be ’Keep it to yourself’. What’s yours?
Thank you. That’s one of mine aswell. And also ‘In my dreams’, ‘coconut shell’ is another one, and I love ‘Lioness on the Rise’.

Is there anything we should be looking-out for in the future that your going to be working on?
Yes. I’m looking at working on the other album now. Because you know, I have a couple of albums to do. So, whilst this one’s out now I’m in the process of thinking about doing the next one. And also, a lot of shows and tours.