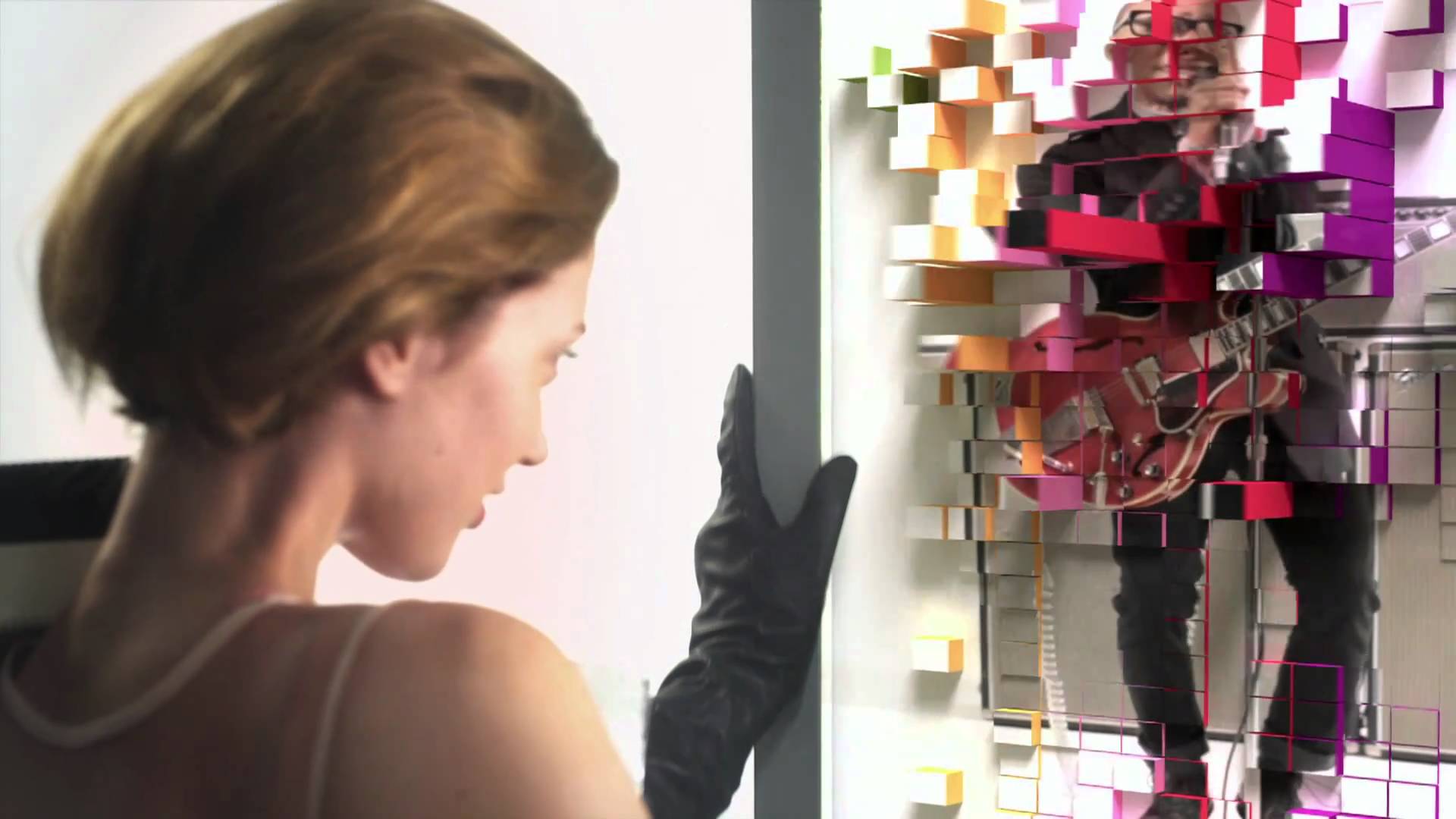 When it comes to music producers, there are usually two types: those who make music for the charts, and those who make music from the heart. We’ll let you make your own choices as to which pool is more talented or holds the most credibility. When you have a producer who’s only interested in making real, heartfelt music and has a gifted ability to sing and write songs too, the results can only ever be classic…

Flavour talks with one such man. Throughout his 25-year career, Raphael Saadiq has never been too interested in making music for the radio. Neither does he care too much about being regarded as ‘contemporary’. Instead, his focus has always been on producing ‘real music’ and he has certainly remained true to his ethos.

Many people remember Raphael as a frontman of 80s R&B trio Tony! Toni! Toné! He co-produced, wrote and sang lead vocals on definitive tracks such as ‘It Never Rains in Southern California’ and ‘Anniversary’. During the late 90s, along with Dawn Robinson of En Vogue and Ali Shaheed Muhammad formerly of A Tribe Called Quest, he formed R&B supergroup Lucy Pearl. Although both groups are no more, fans have always hoped for a reform. Raphael, however, has no reformation plans at all – sorry, guys – but he does look back fondly on those days.

Speaking of his time in ‘the Tonys’ he says, ‘One was my friend and one was my brother, so I can never get rid of him [laughs]. You can’t pick family! And Tim, I don’t really talk to Tim at all. There is no bad blood or anything like that, I’m just doing what I got to do and I guess they’re doing what they’re doing; but I never regret anything about being in the group or what we had at the time or the music we made together. I am very proud of what we did.’

Raphael’s early years were no walk in the park. Raised in Oakland, California, he was the second to last child of a family of 14 siblings and half-siblings. At the age of seven, his brother was murdered; and later, two of his other brothers became addicted to heroin – one died from an overdose and the other eventually committed suicide, no longer able to cope with his addiction. Tragedy struck for the fourth time when Raphael’s sister was killed as a result of a car crash during a police chase.

Where most artists would use their music as a means to vent, releasing a myriad of very dark, depression-infused music, Raphael made a conscious decision not to. Even though he was making music at the time, he has never let his personal issues affect his music.

‘I enjoy music,’ he explains, ‘and you don’t want to bring all that to the music all the time. To me, music is a release, and you can release in different ways. So the things I have been through are in the music, but just differently… more like a joyful dark day. I still feel the same way as an artist would writing about their feelings and whatever is going on in their life; I guess I’m still doing it, but I’m bringing out the lighter side.‘

Raphael’s music certainly exhibits the lighter side. Most songs have an upbeat and up-tempo feel, and even the slower songs evoke something in you that makes you want to dance. Being a huge fan of ‘throwback music’ as he calls it, Raphael has never been afraid to use elements from past genres. His last album, The Way I See It, was specifically modelled on a Motown sound. The concept obviously worked, as the album was nominated for three Grammy Awards and was also the iTunes Album of the Year in 2008.

‘I made songs as if I was back in that time… the same instrumentation… I used Paul Rodgers; he did a lot of strings for Motown… most of them, actually. I find myself going back to a lot of throwback music like that.’

However, the period of ‘Britown’, which sees artists such as Duffy, Amy Winehouse and even Dionne Bromfield all drawing from Motown, doesn’t quite have the same sort of appeal to Raphael.

‘I’m not too fond of what was happening in the UK with the people who were doing that. I just say the truth stays the same and the bullshit changes. If you’re playing with it… I mean, you shouldn’t be doing Motown anyway, you should be doing you. I didn’t really ‘do Motown’, I did me. I certainly didn’t do any covers. I never covered no Motown songs.’

His style of dress, as his music, could even be labelled as ‘throwback with a twist’. It’s often seen in his signature ‘Temptations meets geek chic’ look, which we have also seen both Labrinth and Tinie Tempah embracing recently – just remember where you saw and/or heard it all first! ‘When people say to me, “Wow, you went back,” I get a little bit offended… I’m like, really? You just now noticed that? I’ve been doing that since ’88.’

Raphael’s musical achievements speak for themselves. His earlier work was seen as ground-breaking and paved the way for many; his knowledge of music is vast; and he has worked with some of the biggest names in music, including Prince and Stevie Wonder; he is a Grammy Award winner and Grammy nominated… the list goes on and on. With such an impressive musical repertoire, Raphael is often seen as an oracle of good, credible music – so who is he tipping as the one to watch now?

‘If you’re talking about real contemporary stuff, I can’t say anything has really made me pull the car over and say, damn, that’s great! I haven’t had anything do that to me. I like to see people like Bruno Mars actually pick up a guitar and play. Song-wise, I haven’t heard anything I am really blown away by… like when I was growing up and you heard Marvin Gaye – that would make you pull over; I haven’t heard anything like that. I haven’t heard no Chaka Khans, or Switch, no DeBarge. Indie rock has actually been more innovative as far as sound – like TV on the Radio… I’m more excited about instrumentation, so it’s kind of hard for me to pick any kind of contemporary music. I would love to have 20 other people, but I don’t really feel it like that.’

Raphael is often quoted as saying that he is not too interested in being contemporary. His new album doesn’t include any collaborations and he is none too thrilled about anything currently in the charts, as we have just found out. However, his collaboration with Miami rapper Rick Ross on ‘All the Money in the World’ was very well received by both hip-hop fans and R&B fans alike.

‘Rick Ross is a fan of some of my earlier music and I’m a fan of his. Everybody knows I’m a hip-hop junkie; I love beats, I love hip hop, and he’s probably one of the newer cats that remind me of when hip hop started, you know? Like the flair around at that time. He is very musical too. Not necessarily with the song that I was on with him, but he has a lot more musical songs than the one I was on. He asked me to be on ‘All the Money in the World’ – it was melodic and I liked it. It was a fun song and it’s always good to spread yourself over a couple of different things. Rick Ross has never wondered what he does in that whole Miami region of rap, so if you’re going to do it, you’ve got to do it with the number one cat. He’s the number one cat, so it’s kind of cool to have some beachfront music. While I’m over here singing my soul out, I have a little bit of music over here on the beach with Rick Ross [laughs].’ And that’s Raphael Saadiq for you, one of a kind.

What albums should every lover of good music have?
We ask Raphael what his recommended listening list would include if he was to give a lecture on ‘Good Music’. Here’s the best homework you’ll ever have to do:

1. Beggars Banquet, in particular ‘Sympathy for the Devil’ –The Rolling Stones

2. Songs in the Key of Life – Stevie Wonder

4. Back to Oakland – Tower of Power

5. Dark Side of the Moon –Pink Floyd