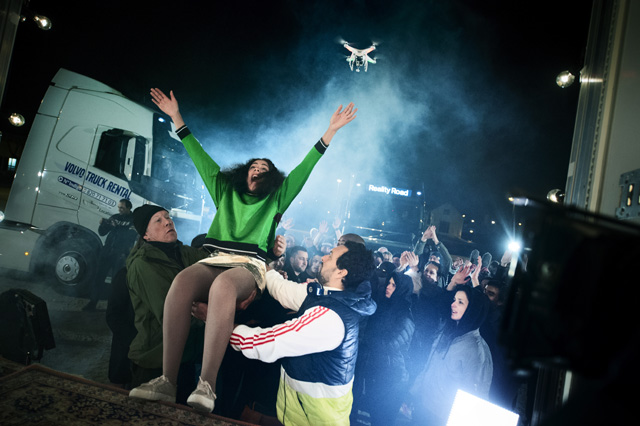 Following on from our Reality Road coverage with features music artist Mapei and her journey through Europe with the awesome Volvo Trucks. The wait is finally over and Episodes 4,5 and 6 have now been released.

Within the new episodes you will find an exclusive live performance of the much loved song ‘Don’t Wait’ in the ‘Music Guest’ record store in Paris with Nicky Lars, which has left us in anticipation of the premiere of the new video for ‘Million Ways To Live’

Episode 4, see’s Mapei meets her friend and band member Eddie, while the truck stops off for an axel alignment, which gives them all some much need downtown. #Spolier Alert: Mechanic’s make music.

Episode 6 see’s Mapei in the Swiss Alps, living life on the edge is cool for everyone except the driver. This episode see’s Mapei having a heart to heart with her driver and trying to get him to live a little. Spoiler Alert: What can the driver to do be spontaneous? Have you ever seen a truck ice skate?

And part 2 can be seen here: ‘Let’s get Europe Dancing’ with Mapei and Volvo Trucks