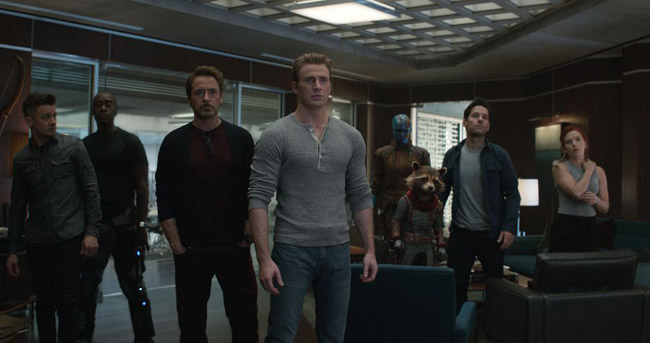 We all know that the biggest film of the year (decade?) is out, we’re all losing our minds over it and we probably won’t stop talking about it for a long, long time.

With multiple cinematic options available, why wouldn’t you want to experience Avengers: Endgame in the most exciting format available – 4DX.

So, why exactly should we head to 4DX for the ride of our lives…

Relearn what it is to see a film

We all know the feeling of elation and energy you get while watching your favourite sport live, seeing your favourite band live or even going on a new adventure while on holiday – so why not experience a film in the same way?

4DX is a multi-sensory experience. The stimulating effects include water, wind, scent, rain, bubbles and strobe lighting that are timed to perfection to reflect what is going on in the film and what’s going on in your seat, to the point where you may forget that you’re still sat in the screening room.

The 4DX chair takes you on a journey through 20 realistic effects including rolling so you can run alongside your favourite characters, pitching which makes you feel as though you are soaring through the galaxy and shaking – hold on as the teeth-rattling feel of latest disaster and action epics grips you

The production scale is off the chart

For a film with such a strong cast, production, spectacle and scale, shouldn’t the way you view the film have the same care and effort put into it?

4DX have ramped up their production scale for this release like no other and have assembled the greatest ever 4DX producers with the longest production scale in 4DX history. The technicians and producers researched and tested for over a year to perfect the experience for the blockbuster, with 10 unique sensory programmes created to personify lead characters and take you on a vivid adventure with the Avengers against Thanos.

If it ain’t broke…

Finally, the Russo Brothers say that 4DX brings ‘a whole other dimension’ to the movie

See what they have to say about Avengers: Endgame in 4DX here!

Marvel Studios’ Avengers: Endgame is out now. Exclusive in the UK to Cineworld cinemas, book your 4DX tickets here – https://www.cineworld.co.uk/4dx#/.