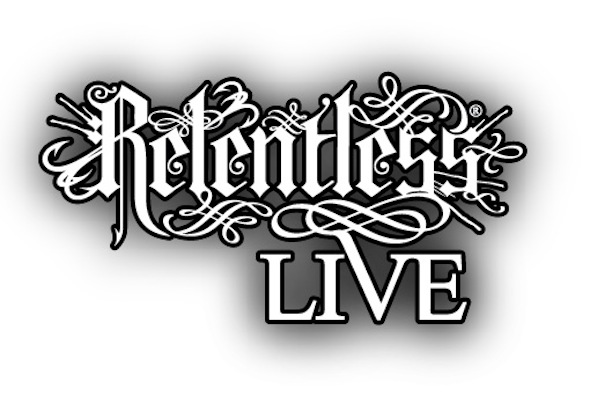 A Scottish rock band has won a nationwide competition to earn the opening slot at Relentless Live, which is headlined by fellow Scot rockers, Biffy Clyro. Huxtable, a two-piece from Kilmarnock – the same town as Biffy Clyro – has won the Relentless Energy Drink Here to be Heard competition. After being shortlisted to 5 from over 300 entries by judges including NME’s new bands editor Matt Wilkinson and Reading and Leeds Festivals’ head booker Jon McIldowie, Huxtable then emerged victorious in a fiercely contested public vote. The band will now play on the same bill as

Biffy Clyro, as well as a host of other acts at the sold out Relentless Live gig at the Troxy, in London, on 22nd November. Best mates Jordan Yates and Marc Williams-Brown have been playing as Huxtable for just under a year and winning Here to be Heard looks set to propel the energetic riff-rock band to new heights. Huxtable was only created in a happy accident when a former band member couldn’t make it to practice but they are now set for the biggest gig of their lives.

Speaking at Denmark Street Festival on Sunday, about what it would mean to the band to play at Relentless Live, lead singer and guitarist, Jordan, said: “They (Biffy Clyro) have been idols of mine ever since I was a wee boy, learning to play guitar and being in a band. Whatever else came after that, I’m not sure it would ever be topped. Everyone is really getting behind us which is great, the support has been incredible. Every day, friends who haven’t been in touch for a number of years, who I went to school with, have got in touch for no other reason than to say ‘I’m glad you’re doing well’.

“Whatever happens from here, the experience has been great for the band and has definitely helped boost our profile. If it (winning the competition) didn’t happen, there’s no way that we could turn around and say we didn’t have any support, it’s been incredible.”

Huxtable, along with the other shortlisted bands came together at Denmark Street Festival on Sunday 26th October to each perform a special 20 minute set ahead of the closing of the competition voting on midnight of the same day.

Relentless Live is being held for the second consecutive year after a hugely successful show in 2013. This year it is being held at London’s iconic Troxy venue on 22nd November and is Biffy Clyro’s final London gig of 2014. Radio One DJ Zane Lowe will also be performing a trademark energetic set as well as newly announced Huxtable with more acts to be announced before the date.

For more information on Huxtable, visit:

Previous article
Five bands in the embryonic stages of their careers have been shortlisted to play at the hotly anticipated Relentless Live after a nationwide search to find the UK’s next big talent.
As part of the Relentless Energy Drink Here to be Heard competition, one of five bands will win the opportunity to support Biffy Clyro at this year’s Relentless Live. Each of the five bands has been carefully chosen by an esteemed judging panel from hundreds of entries and will now face a public vote to decide who will play at the Troxy on 22nd November.

The judging panel is made up of renowned DJ Zane Lowe, NME’s new bands editor Matt Wilkinson and Reading and Leeds Festivals’ head booker Jon McIldowie, so just to be shortlisted is a great achievement for the five young bands.

The shortlist is made up of:

After being chosen from hundreds of entries, the dream end goal of performing alongside Biffy Clyro is now closer than ever and their fates are now in the hands of the voting public. To vote, fans can head to the Relentless Energy Drink website, listen to a track from each of the five bands and cast a vote on who they think is most worthy of gracing the same stage as these music legends, with more acts set to be announced.

For the successful band a truly unique opportunity awaits, to propel careers onwards and upwards. Relentless Energy Drink is dedicated to uncovering the UK’s emerging talents and Here to be Heard is offering the platform for new artists to really establish themselves, to then go on to have successful music careers.