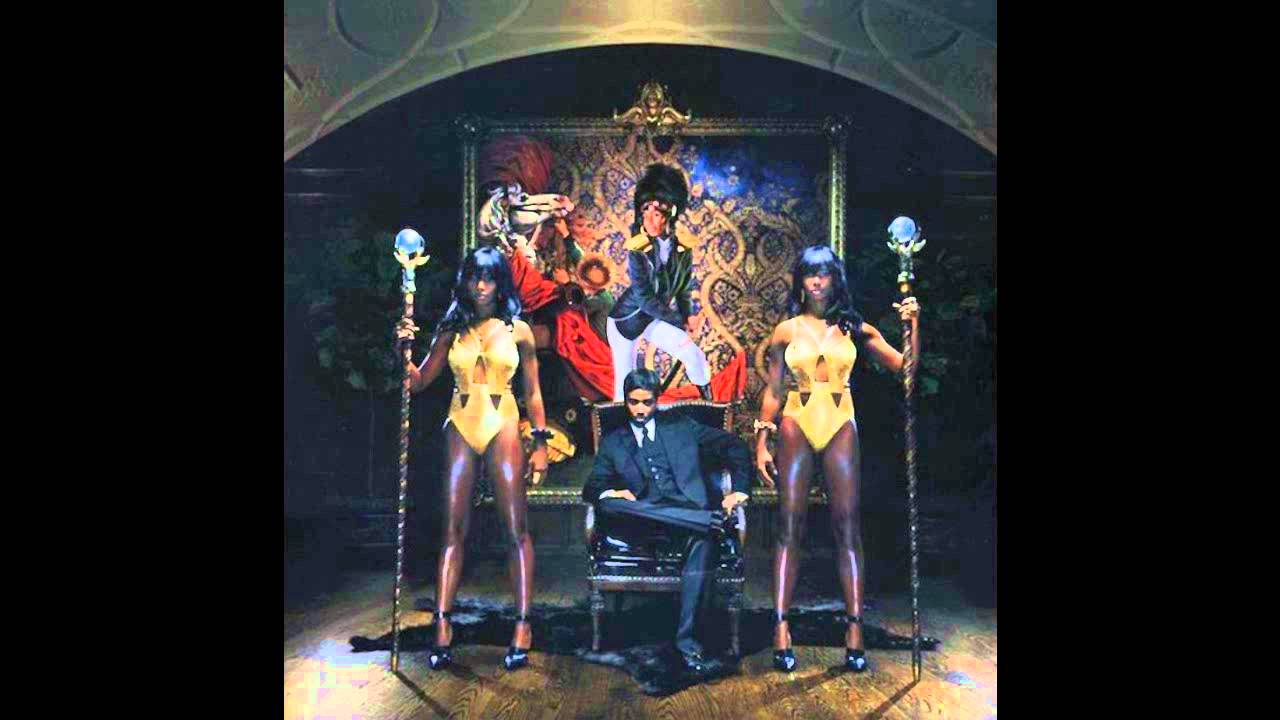 Santigold is playing a free intimate gig as part of Sony Entertainment Network Ibiza, a series of music, film and gaming events taking place at Ushuaia and Es Vive. Some of the world’s hottest DJs will be in residence, including David Guetta and Swedish House Mafia. Santigold will play to an audience of around 250 against the sun-drenched backdrop of Es Vive’s famously hedonistic Art Deco setting. She has never been to Ibiza before and is ‘really looking forward to the gig and playing the new album to Ibiza for the first time.’ Very much the master and maker of her music, Santigold reveals the unconventional method she has adopted to produce musical masterpieces, how she thinks the music business has changed since her days as an A&R representative and what to expect at her intimate gig at the legendary Es Vive in Ibiza.

As part of your intimate gig in Ibiza you want people to upload images of something that most entertains them, what would you upload and why?
I would upload a picture of my dog, because he’s cute and I love him! [Laughs] and I never get to see him, he’s a great dane and he’s the ‘awesomest’.

You’ve said you want to deliver an exciting gig, without giving too much away what do you have planned?
Pretty much a version of our show that we always do, you know, I’ve got my dancers. We’ve got costumes and loads of props. We just like to make it a fun event, kind of like a little mini carnival. Basically it’s giving a physical presence to the music.

How do you feel Master of My Make-Believe compares and differs to your self-titled debut album?
It’s just organically an evolution of the first album and I think it’s a little bit more ambitious in some ways. Songs like ‘The Riot’s Gone’ just didn’t exist on the first album.

You’ve only had one vocal collaboration across two albums, why is that?
I think nowadays there are so many collaborations usually and I really like to have my records, you know not with a different person on every song. I only do collaborations where I feel like [the artist] will really bring something to the song and I thought Karen O would be perfect on that track [GO!].

If you could choose any one person or group to work with, who would it be and why?
I don’t know… I don’t know if I can just choose one person right now. Maybe Lee Perry, during that era of the late 70s was like brilliant, with all the dub sounds that he used. They were totally pioneering into new territory and it happens to be an aesthetic that I love and I never get tired of it.

You appear to be the queen of skipping through genres, is there anything else you want to try musically?
I think probably there’s endless things that I want to try in music but I don’t pre-plan it, it’s just really once I get going, you know the sky’s the limit within the song. That’s kind of why it ends up being like it is and you can’t hold it to one box because I don’t put any limits on myself in the process of making the songs but it’s not something I premeditate. I’m not like ‘oh I’m gonna put a little bit of this style and a little bit of that style,’ it’s just naturally what I do in the process of making music.

Talk us through the process of the spark for a song idea right through to it becoming a mix-mastered gem.
Usually I start with the music, even if it’s a really skeletal version and then I come up with a melody idea and I sing gibberish to the melody. Then I listen and I figure out what it sounds like I’m saying and build the lyrics around whatever gibberish I was saying when I make up a melody.  So I write the lyrics and then I go back and finish the track, so I add more elements to the music until I think it’s finished.

Who or what has been most influential on your musical career?
There’s really not just one person but one would be the Bad Brains, they were one of the first black artists that I was aware of that were doing something so far outside of what most other black artists were doing. They were amazing on their own [as artists], separate from their colour; they were pretty much the originators of hard-core music. At the same time they were black and it was so cool – it had everything to do with it and also nothing at the same time. Aside from that I was just so into the sound and the raw quality, that was pretty much one of my earliest punk-rock introductions. The fact that they were so into reggae, I feel like they had a really big impression on me.

Now that you are primarily a musician, do you think the music business has changed since your days as an A&R representative?
It’s totally different, everything’s changed, I think companies’ interests have completely changed. Before I think A&Rs used to find people because they were excited about the music and looking to break something that sounded new and fresh. Now because of the economy and because of the state the of music industry, it’s all about the bottom line, it’s about minimising their risk. I don’t think they’re necessarily looking for something that sounds new and fresh but just something that sounds like something else that sells a lot. I think that’s really been damaging to the quality of [the music] that comes out nowadays an ultimately damaging to culture. Is there anyone you think deserves a break right now but isn’t getting it?
To be honest, I’m so out of the loop on new, emerging, underground music – I’ve just been on the road for so long and recording, making my records [laughs].

Aside from touring, are there any other pans in place to promote Master of My Make-Believe?
I’m mostly just going to be on the road for the rest of the year, I’m not sure if there’s going to be any more videos or not but I’ll definitely be touring.

What was it like making the video for The Keepers?
It was really fun actually, I love when I get a chance to dress up and play like different characters. There was like a sense of comedy throughout the video, so it was fun making it and also the dance routine was fun. It was a really, really fun one to make.

Santigold will be in the UK on the following dates:
Edinburgh: August 22 at HMV Picture House
Reading: August 25 at Reading Festival
Leeds: August 26 at Leeds Festival

Visit santigold.com to view the rest of her tour schedule and purchase tickets.