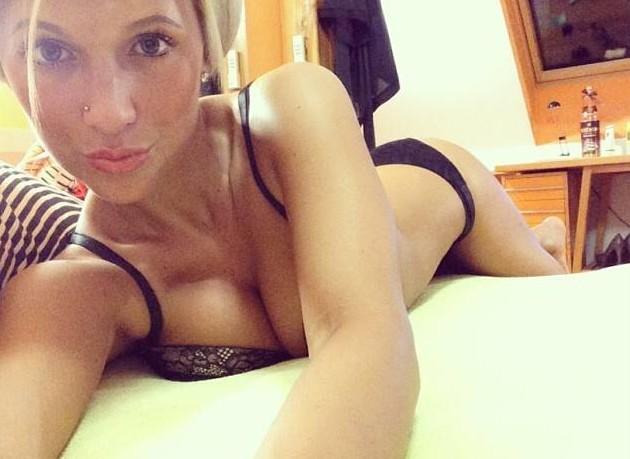 Most of us have been there and done that when it comes to selfies, have a gander on your phone and you’ve probably got a few from a fun filled day out, a mad weekender, one in that new outfit or one meant for you’re partner.

The common trend to post an up close and personal picture of ourselves is nothing new but these days we’re getting to see more than we had ever dared to. We can probably admit that we’ve uploaded a selfie because in all essence we think we look good, we wouldn’t do it otherwise, well unless we’re one of those ones that love revealing our goofy side once in a while.

The Oxford Dictionary defines a selfie as a photograph that one has taken of oneself, typically one taken with a smartphone or webcam and shared via social media, and hastily adds that although occasional selfies are acceptable, posting a new picture of yourself every day isn’t necessary… We don’t think some people heard the memo! Our obsession with selfies lead me to a darker side where we aren’t content with just revealing a saucy pose accompanied by our greatest pout but that we’re now posting semi naked pictures and sexy selfies that would have our Nanna’s blushing.

Twitter pages such as @PostBadBitchesUK openly encourage women to tweet in pictures of themselves looking alluring all in the hope that they will be retweeted. Whether this be to gain followers, attention or to boost their esteem we shall never know but when I posed the question to a group of ladies ranging in age from 21 to 29 I received similar feedback. Keeley told me- “We live in a culture that hides behind technology be it texting, emailing, posting pics or facebook. It is seeking that validation from others via social networks because people generally can’t hold a conversation anymore, let alone give a compliment. The fact these selfies are almost nudity is because sex sells – it sells cars, Chocolate, shampoo and we are exposed to it every single day in the media. I do believe some of those that do these are insecure, however if we are honest, which girl isn’t?!?”

So is the sexy selfie epidemic about gaining confidence through the compliments that we receive?

Natalie agreed and added “I think it’s become normal these days to seek acceptance or a confidence boost through social media, we almost rely on it. We want people of the same sex, and opposite, to give us compliments and the attention we seem to crave! I think those that upload “sexy selfies” are extremely brave to put themselves out there where anything could happen to those pictures…. I personally wouldn’t want my family to come across anything like that!” I couldn’t agree more because although some social media pages can be made private, the vast majority are public and can be viewed by absolutely anybody. Is one picture that shows you in undress the same picture you would want your dad to come across? Call me a prude but I don’t upload anything that I wouldn’t mind my family seeing but perhaps we all have our degrees of what’s rated PG and what’s rated X. I can understand that many women and shall I add men are using the social media world to their advantage, uploading particular pictures to help with a career move, should that be within the health spectrum or the modelling world but then when do they stop and at what length and what pose will they go to? Sara contests that we are a nation “misguided by societies view on woman, nakedness and sex selling.” She added how it reflects pop star’s videos, page 3 and Miss World, where in a world of vanity it is normalised. We both agreed that unless you are being paid for it then what is the need because as Naomi goes on to say “It’s one thing to take them, for yourself or for a partner, in my opinion that’s normal but to upload them to a very open forum such as Facebook. That is something different entirely.” Naomi makes a good point when on the issue of equality she expresses, “I feel the same way when men upload comparable pictures. It is not something that needs to be shared on social media, and 10 years ago people would have been appalled.” Should we hang the men out to dry and tell them that by pouring these Zoo and FHM style images that they are pushing us further into a slimy and sinister world where not much is sacred? One guy who has some influence is @officialben_ who I had never heard off until a friend deemed that twitter would be boring without his account. I was really confused as to who he was and why he has such a reputable position in twittersphere; women flocked to his page in their droves, literally putty in his unknown hands, some begging, flirting and cooing to make it onto his page. The guy himself looks like any lad next door but somehow he has become a god and so when he went into early retirement a few weeks ago the ladies and probably even more so the men were flabbergasted. I think some pictures can be more tasteful than others when I’ve scoured the internet, so it would be unkind to bracket all these sexy selfie takers as self obsessed but by eck do they have guts?! I spoke to @Mimz_Tyler on twitter and asked her if she had posted any sexy selfies to which she confessed she did take selfies because everyone does it. She explained that some revealed her cleavage and that some were of her in her bikini but that she wouldn’t make the jump to posing in her underwear. It’s that statement that confirms to me that lingerie pics and semi nudes are a step too far. It’s something I expect to see from reality stars such as Lauren Goodger and Jasmin Walia but it’s something I dread my young niece could be accustomed to. So what is the way forward? I think sessions should be taught in schools, teaching us to love and respect ourselves. Twitter and Instagram should also buckle down because I was quite shocked at how much nudity there was, it’s to the point that it’s almost pornographic and what does the oxford dictionary define that as? Printed or visual material containing the explicit description or display of sexual organs or activity, intended to stimulate sexual excitement.

If that picture that you’re about to post in any way comes into that last definition then I’d ask you to re-think uploading it.