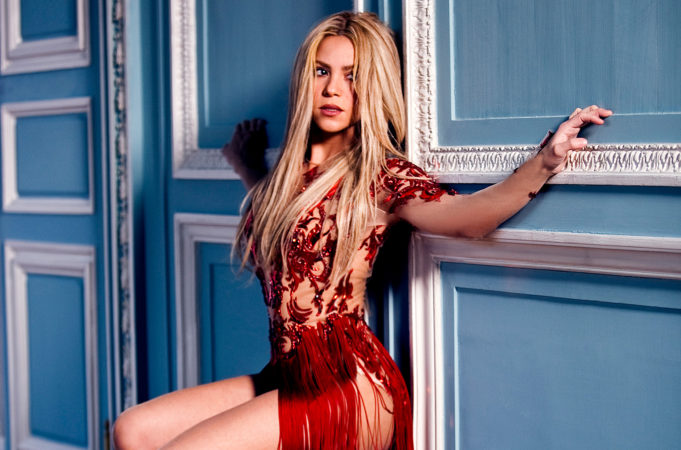 Twelve-time GRAMMY Award-winner and international superstar Shakira has announced that she will bring her EL DORADO WORLD TOUR to the UK, stopping at The O2 on 11 June 2018.

Tickets go on general sale Friday 26 January at 9 am.

This will be Shakira’s first UK concert since 2010 – when she sold out The O2 and wowed Glastonbury’s Pyramid Stage – and follows hot on the heels of a phenomenally successful 2017 for the Colombian superstar, whose GRAMMY-nominated 11th studio album, EL DORADO, was released in May last year.

The album reached #1 on iTunes in 37 countries, with the worldwide hits “La Bicicleta,” “Chantaje,” “Me Enamoré,” and “Déjà vu” helping Shakira to become YouTube’s most-streamed female artist of 2017 (the video for “Chantaje”, ft Maluma, alone has more than 2 billion views).

The world tour, produced by Live Nation, features many of Shakira’s hits and will be playing to packed arenas across Europe and North America, with soon-to-be-announced dates in Latin America. It promises to cement Shakira’s position as one of the world’s most enduringly popular stars, something already underlined by her status as the most-followed musician on Facebook (with an incredible 104 million fans).

I can’t wait to be onstage in London again singing along with all of you, all of your favourites and mine. It’s going to be fun! The road to El Dorado starts now!

Get your tickets for Shakira from ticketmaster.co.uk