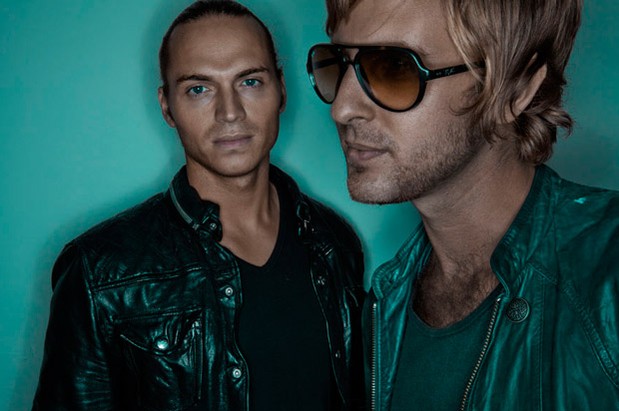 So with their track Changing storming to number 1, the dnb duo of Sigma (Cameron Edwards and Joe Lenzie) continue their relentless progress through the charts of the UK and the globe with their easily digestible dnb tracks. Championing this most UK of genres, Sigma are one of the biggest names showing that dnb is a sound for everyone.

With the current release featuring Paloma Faith (and that simply shot but brilliant video) they have once again added another banger to the mainstream dnb sound.

Taking time out from extensive touring, Joe Lenzie, fifty percent of Sigma gave me a Q and A to talk about Sigma’s relentless surge on the UK charts.

DnB is en vogue why?

I think that people see the reaction the music gets when it is played out-there is always that infectious energy. You have those scenes that come and go like dub-step (not meaning to be rude) which was massive but now it has lost some of that popularity. Dnb has been around for a long time and it is still popular if not more popular and gaining popularity-virtually everywhere we play out people are going crazy and moshing-it’s funny because you will see people moshing to Nobody To Love (2014) so that says it all. Globally it was massive and Nobody To  Love went to number 1 in like 8 countries and we were top twenty everywhere-so dnB really is on a different level to anywhere that it has been before I think.

The legends of the dnb scene: their impact.

Roni Size was a massive influence for me I remember seeing him on TV and watching him perform the Heroes track. The fact that he won that Mercury Award really opened it up to a wider audience and it obviously got kids who might not have been into the scene loving the energy of dnb. Other names that you cannot fail to put right up there are of course Goldie who also made the scene credible but there were names who kept the scene going like; LTJ Bukem, Fabio, Grooverider, Kenny Ken and of course Shy Fx-these people really helped to push me into the music scene.

We recorded the track actually originally with Ella Eyre but having wrote a lot of the track she kind of wanted to move away from doing features at the time and we did not want people to draw parallels between us and Rudimentals. We decided it was best to get someone else to feature so we had a chat with the label [Atlantic] and Paloma came up and it was kind of obvious-she of course smashed it. For the video we went out to Miami to film it with Craig Boyd, he was the director of the Nobody To Love video and we just love what he does. A lot of the people in the video weren’t paid actors it was just people off the street and we loved that because it captured the vibe of the scene-it was not scripted it just happened it was really organic.

‘Loving what you do leads to success’

I remember I used to read DJ Magazine and stuff and I remember saying to my parents that this is what I want to do. I got a pair of decks from a young age and I was so excited. I remember I used to spends hours making tunes, I mean the first fifty beats I made I can safely say were not good but I kept working on it and not because I was necessarily looking for success but because I loved music. Now I do pinch myself sometimes particularly when we are playing to massive crowds but we have been doing this for so many years it does not feel as massive as if we were just suddenly thrust into this world.

Ultimately it is not about the mass acclaim it has always been about making tracks that we like and we will keep on doing that.