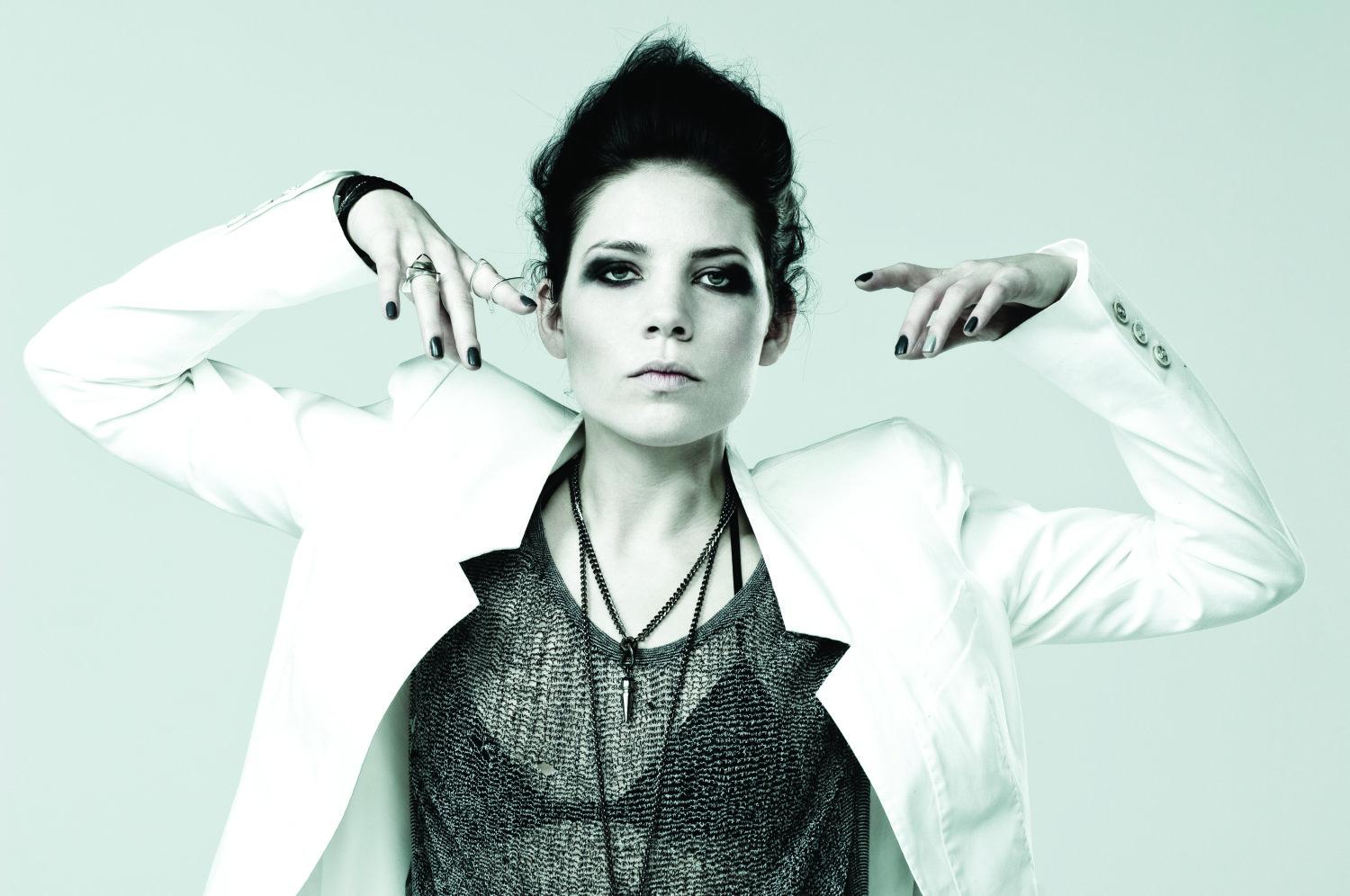 We all recognise her as the featured vocalist appearing on some of the biggest hip hop hits including Dr. Dre’s ‘I Need a Doctor’, Diddy Dirty Money ‘Coming Home’ and Lupe Fiasco’s ‘Words I Never Said’. In actual fact Skylar Grey, is no stranger to music because before coming to our attention, she was formerly-known as an up and coming singer who went by the name of Holly Brook.  Fast-forward a few years and this small-town girl from Wisconsin, is now living her dream having recently been nominated for two Grammy Awards as well as writing Eminem and Rihanna’s biggest selling single of 2010 ‘Love The Way You Lie’.

The past year or so has been pretty life changing for you. Have you had the chance to reflect on your rise to fame and how much your life has changed?

Not really. I’ve been so busy working on my album. After the success of ‘Love The Way You Lie’, my life has changed forever. One minute I was in the woods wondering how I was going to make a living making music, the next thing I know I’ve written the hook for a hit song and am being asked for more. Wow.

You were previously known as Holly Brook before changing your name to Skylar Grey, but who exactly was Holly? Does she have much in common with Skylar Grey?

The only similarity between Holly Brook and Skylar Grey is that we’ve shared the same body.

It’s fair to describe you as the lady behind some of the biggest hip hop hits and one of the leading featured vocalist currently around. Some artists tend to say that their creative process is unexplained while many find comfort in hiding away to write, others like to put pen to paper on a train or in a coffee shop. How do you go about writing your music?

First I have to be in the right head space. By that I mean, I have to set aside a specific amount of time for me to focus on my writing. Second, my environment is a huge factor. I grew up in Wisconsin in the woods so that kind of serene, natural environment is best.

You’ve been described as “music’s most deadly secret weapon” – how does that feel?

Like whoever said that should have more power in this industry.  [Laughs]…

After working with Dr. Dre you described him as “a father figure to the hip hop world”. What exactly is he like in the flesh?

He’s one of the nicest people I’ve ever met in the music industry.

How does it feel to finally be steeping out with your own music compared to mainly working with other artists?

Well, I’ve always been a solo artist first. Writing for other people was never part of the plan and yet I’m grateful for the opportunities that have come from it.

Already you are gaining the attention of millions with your new single ‘Invisible’. Can you tell us what the inspiration is behind the lyrics?

I’ve felt misunderstood pretty much my entire life. I’ve tried to fit in, but it was frustrating when it never worked. I finally discovered that my individuality and oddities were actually my superpowers, and that I should embrace them.  But it took me twenty three years to really figure that out.

Is the single ‘Invisible’ a good indication as to how your upcoming album will sound?

Every song will sound different.

It’s fairly obvious that you are no longer invisible and you seem to always be looking glamorous. How would you describe your style?

It’s just another facet of my art, which reflects who I am inside.

How long does it usually take you to get ready for a performance or a night out partying?

I hate being rushed, but not that long. I like to be comfortable.

You were recently announced as Bruno Mars support act on his European tour. Can you find out for us, who exactly the lady is that he wants to walk down the aisle with in his recent single, ‘Marry You’?

I don’t know who it is, but I’ll ask him and I probably won’t tell you… [Laughs]

The single ‘Invisible’ will be available to download on October 3 from iTunes http://bit.ly/skylargreyInvisible. For more info on Skylar check out www.skylargreymusic.com