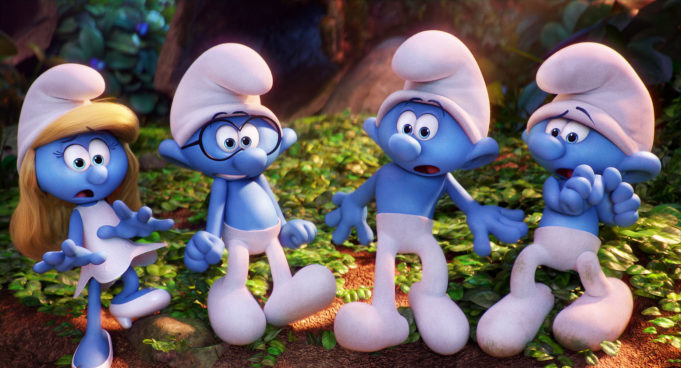 Smurfs: The Lost Village is hitting UK cinemas on the 31st March 2017 in 3D, however if you want to see it before anyone else, you can book tickets now for the previews on 25th – 26th march.

In this fully animated, all-new take on the Smurfs, a mysterious map sets Smurfette and her friends Brainy, Clumsy and Hefty on an exciting race through the Forbidden Forest leading to the discovery of the biggest secret in Smurf history.

Look out for Gargamel voiced by Rainn Wilson and Azrael the Cat as you watch with nostalgia. The beautiful vivid colours, the playful Smurfs, the element of fear from Gargamel and his cat is enough to keep the children happy for a couple of hours.

Watch the video below and see how the creators brought the characters to life using the HoloLens:

Intriguing isn’t it? Make you want to get your hands on the HoloLens NOW. There’s a whole host of famous actors laying their voices to the Smurfs: The Lost Village movie, like ‘The Unbreakable Kimmy Schmidt’s’ Ellie Kemper and ‘Pretty Women’ Julia Roberts as well as ‘Modern Familiy’s’ Ariel Winter and ‘The Fast & Furious‘ Michelle Rodriguez.

Head on over to http://www.smurfsmovietickets.co.uk/ now to book your tickets and don’t forget to use the hashtag and share with your friends and family #SMURFSMOVIE