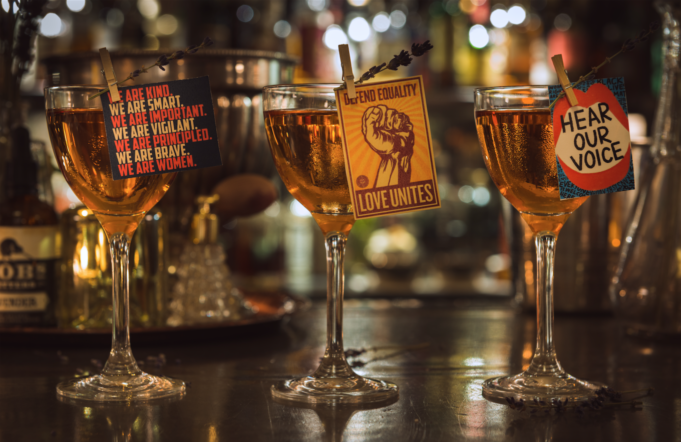 Seven Dials will be celebrating International Women’s Day in March, with a week-long celebration throughout the area. With an abundance of award-winning and independent brands, Seven Dials houses a vast and varied selection of exceptional businesses, many of which are founded and run by women.

The week will celebrate the brilliant women behind the businesses of Seven Dials, as well as a host of exclusive activities and special events including a free, in conversation live panel discussion on 8 March. The evening will be held in Partnership with Luxury Boutique hotel Radisson Blu Edwardian, Mercer Street with 15 pairs of free tickets available exclusively through an online ballot at SevenDials.co.uk

As part of the week activities, steak restaurant and bar, Hawksmoor Seven Dials, will be offering a special Suffragette cocktail throughout the week.

Offer: Available from 1st-8th of March

25ml Cocchi Rosa Vermouth – Cocchi Rosa is a nod to the original Suffragette cocktail that contained sweet and dry vermouth. Cocchi is a combination of the two.

5ml of Triple Sec – No particular meaning behind this choice it just adds flavour.

And a peated scotch rinse in the glass – This is to commemorate that Scottish heritage of two of our female bartenders.

The official theme of IWD in 2018 is ‘Press for Progress’ and the panel will be reflective of this, hosted by award-winning broadcaster Gemma Cairney, also a youth rights activist and author who is passionate about empowering young women.

Joining the panel is a trans activist, author and the founder of award-winning campaign Nail Transphobia Charlie Craggs. Charlie has been named one of the most influential and
inspirational LGBT people in the UK by both the Guardian and the Independent on the Rainbow List and Pride Power List.

Author Jenny Scott is the Founder, Leader, Facilitator and the Captain of the mothership that is Mothers Meeting. She is an all-round inspiring down to earth influencer with the aim of rallying mothers from all over the globe to never quit on themselves.

Dinny Hall is the creative force behind this British jewellery brand with 30 year’s heritage. From sketch to store, Dinny is personally involved in every one of her pieces. It’s this hands-on approach that has made Dinny Hall a recognisable jewellery name around the world.

Former neuroscience student turned businesswoman Olivia Wollenberg, founder of Livia’s kitchen completes the panel. In 2014 Olivia was diagnosed with severe food intolerances which led her to create her range of sweet treats with nutritional twists.

For the event, Seven Dials has partnered Hey Girls, a UK social enterprise who sell sustainable and ethical sanitary products, and are a one for one business, set up to end period poverty in the UK. For every pack of sanitary products that are purchased, one package is donated to girls in need.